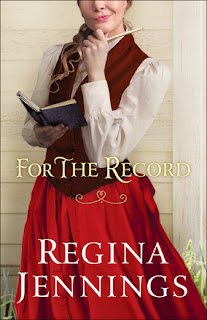 *Betsy Huckabee has big-city dreams, but nobody outside of tiny Pine Gap, Missouri, seems interested in the articles she writes for her uncle's newspaper. Her hopes for independence may be crushed, until the best idea she's ever had comes riding into town.

Deputy Joel Puckett didn't want to leave Texas, but unfair circumstances have made moving to Pine Gap his only shot at keeping a badge. Worse, this small town has big problems, and masked marauders have become too comfortable taking justice into their own hands. He needs to make clear that he's the law in this town--and that job is made more difficult with a nosy reporter who seems to follow him everywhere he goes.

The hero Betsy creates to be the star in a serial for the ladies' pages is based on the dashing deputy, but he's definitely fictional. And since the pieces run only in newspapers far away, no one will ever know. But the more time she spends with Deputy Puckett, the more she appreciates the real hero--and the more she realizes what her ambition could cost him. 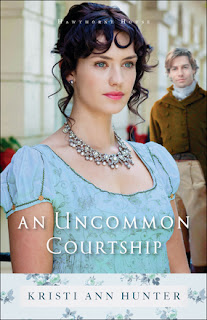 *Lord Trent Hawthorne couldn't be happier he is not the duke in the family. Free to manage his small estate and take his time discovering the life he wants to lead, he has grand plans of someday wooing and falling in love with the woman of his choice. When he finds himself honor bound to marry a woman he barely knows, his dream of a loving marriage like his parents' seems lost forever.

Life for Lady Adelaide Bell was easier when she hid in her older sister's shadow--which worked until her sister got married. But even with her socially ambitious mother's focus entirely on her, the last thing she expected was a marriage of convenience before she's been introduced to society.

With nothing going as expected, can Trent and Adelaide's marriage of obligation survive their own missteps and the pressures of London society to grow into a true meeting of hearts and minds?

Posted by englishmysteriesblog at 11:28 AM