The idea of putting together my top ten list of books from the year 2016 came from a couple of my blogger friends.  I thought it was such a brilliant idea, because there have been several amazing books I have read and reviewed this past year.  So I wanted to make sure I highlighted those novels here--obviously, the list could be much longer.  However, if you need a reading list for the new year, I highly recommend each of these books.

The Beautiful Pretender
by Melanie Dickerson 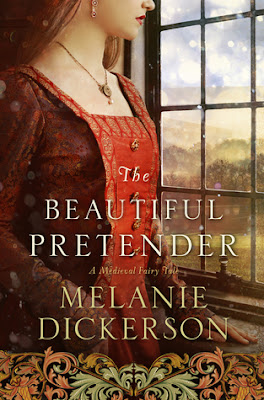 The Margrave of Thornbeck has to find a bride, fast. He invites ten noble-born ladies from around the country to be his guests at Thornbeck Castle for two weeks, a time to test these ladies and reveal their true character.

Avelina is only responsible for two things: making sure her deception goes undetected and avoiding being selected as the margrave’s bride. Since the latter seems unlikely, she concentrates on not getting caught. No one must know she is merely a maidservant, sent by the Earl of Plimmwald to stand in for his daughter, Dorothea.

Despite Avelina’s best attempts at diverting attention from herself, the margrave has taken notice. And try as she might, she can’t deny her own growing feelings. But something else is afoot in the castle. Something sinister that could have far worse—far deadlier—consequences. Will Avelina be able to stop the evil plot? And at what cost? 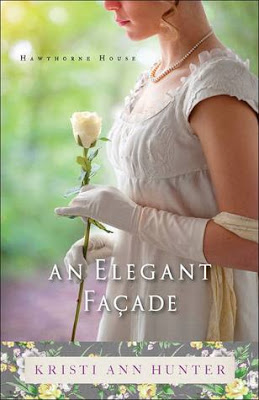 her place as the Incomparable for her debut season. At her first London ball, she hopes to snag the attention of an earl.


With money and business connections, but without impeccable bloodlines, Colin McCrae is invited everywhere but accepted nowhere. When he first encounters the fashionable Lady Georgina, he's irritated by his attraction to a woman who concerns herself only with status and appearance.

What Colin doesn't know is that Georgina's desperate social aspirations are driven by the shameful secret she harbors. Association with Colin McCrae is not part of Georgina's plan, but as their paths continue to cross, they both must decide if the realization of their dreams is worth the sacrifices they must make.

Bad Day for a Bombshell
by Cindy Vincent 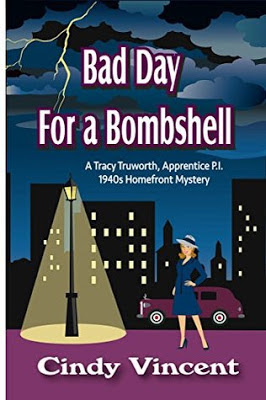 December 5th, 1941. Houston socialite, Tracy Truworth, is always on the lookout for something suspicious. Especially after growing up with her nose in the latest Katie McClue mystery novel, a series featuring a twenty-something female detective and her constant feats of derring-do. And for Tracy, escaping reality through reading couldn't come at a better time, since her own life isn't exactly going along like she'd hoped. Not with her overbearing mother determined to see Tracy marry Michael -- a lawyer likely to be a U.S. Senator someday -- in a wedding rivaling royalty. Yet everything changes for Tracy when she spots a bleach-blonde bombshell on the train home from Dallas after a shopping trip to Neiman-Marcus. Because something certainly seems amiss with the blonde, given the way she covertly tries to snare men into her lair, and considering the way she suddenly ceases all flirtations when a Humphrey Bogart look-alike appears . . . complete with a mysterious package wrapped up in newspaper and twine.

Then days later, Japan bombs Pearl Harbor, and just a few days after that, Germany declares war against the U.S. Rightly so, President Roosevelt returns the favor. Of course, Tracy immediately finds herself caught up in the War, just like the rest of the nation. But it's her curiosity that leads her on a collision course with a killer, and she arrives at the bombshell's apartment only moments after the blonde has been murdered. Though Tracy is accused of the crime at first, she quickly finds herself working as an Apprentice P.I., under the tutelage of a real private investigator. Soon, they're hot on the trail of the bombshell's murderer. Then from singing at the hottest nightclub around, to a car chase in her 1940 Packard, Tracy's investigation takes her far from her blue-blood upbringing. And it isn't long before she finds the War is hitting a lot closer to home than she ever imagined . . . and danger isn't much farther than her doorstep . . .

The Captive Imposter
by Dawn Crandall

Sent away for protection, hotel heiress Estella Everstone
finds herself living undercover as a lady’s 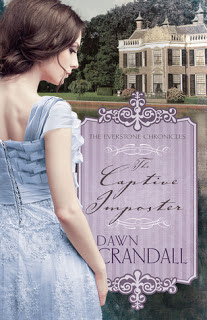 companion named Elle Stoneburner at one of her father’s opulent hotels in the mountains of Maine—the one she'd always loved best and always hoped to own one day, Everston. The one thing she doesn't like about the situation is that her ex-fiancé is in the area and is set on marrying someone else. Reeling from her feelings of being unwanted and unworthy, Estella reluctantly forms a friendship with the gruff manager of Everston, Dexter Blakeley, who seems to have something against wealthy young socialites with too much money, although they are just the kind of people Everston caters to.

When Estella finds herself in need of help, Dexter comes to the rescue with an offer she can't refuse. She sees no other choice aside from going back home to her family and accepts the position as companion to his sister. Throughout her interactions with Dexter, she can't deny the pull that's evidenced between them every time he comes near. Estella realizes that while she's been hiding behind a false name and identity, she’s never been freer to be herself than when she's with Dexter Blakeley. But will he still love her when he finds out she's Estella Everstone? She's not entirely sure.


Murder in the Mystery Suite
by Ellery Adams 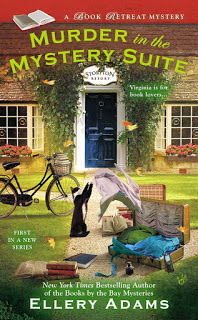 Tucked away in the rolling hills of rural western Virginia is the storybook resort of Storyton Hall, catering to book lovers who want to get away from it all. To increase her number of bookings, resort manager Jane Steward has decided to host a Murder and Mayhem week so that fans of the mystery genre can gather together for some role-playing and fantasy crime solving.

The Covered Deep
by Brandy Vallance
Bianca Marshal is holding out for the perfect husband. 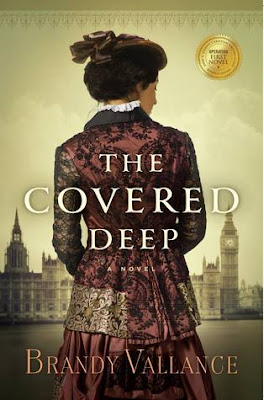 Finding a man that meets the requirements of

her “must-have” list in the foothills of the Appalachian Mountains has proven impossible. Bianca’s mama insists that there’s no such thing as a perfect true love, and that Bianca’s ideal man is pure fiction.

On the eve of her twenty-fifth birthday, Bianca discovers a devastating statistic: her chance of marrying is now only eighteen percent. Unwilling to accept spinsterhood, Bianca enters an essay contest that propels her into a whirlwind search for her soulmate. Via the opulence of London and the mysteries of the Holy Land, Bianca’s true love will be revealed, but not without a heavy price. 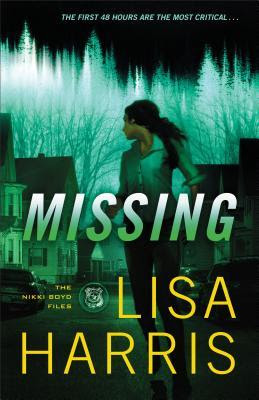 Nikki Boyd Enters the Deadly World of Counterfeit Drugs to Find a Missing Woman
Nikki Boyd isn't usually called in on homicides; her forte is missing persons. But when a case with two murdered and two missing pops up on a quiet suburban street, she's ready to start the investigation and find missing homeowners Mac and Lucy Hudson. When the first clues lead her to the boat of her friend Tyler Grant--and another dead body--Nikki must untangle what ties Tyler to the Hudsons.

The clues pull her into a deadly maze of counterfeit drugs and a killer who will stop at nothing to silence anyone who threatens his business--including Nikki.
Christy Award-winning and bestselling author Lisa Harris puts readers right into the action in this fast-paced thriller that will have them turning pages long into the night.

Isabel “Izze” Vez, bridal consultant extraordinaire, has been
helping brides find The Dress for years. She 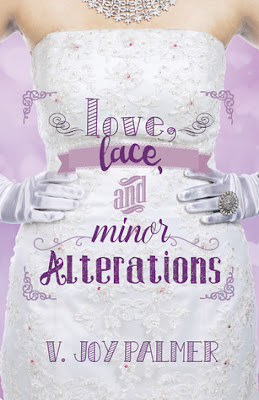 loves nothing more than helping make wedding dreams come true…but sometimes the happy endings grate on her. How many times can a girl discover someone else’s gown without dreaming of the day it’ll be her turn to wear one?

When James Miles Clayton walks into her life, he represents everything Izze can’t handle: change. He’s determined to bring the Ever After Bridal Boutique into the black…and to prove to Izze that she should give him a chance.

But if there’s anything Izze handles worse than change, it’s trust. She may have a few issues—fine, she knows she does. But will they keep getting in the way of any chance of her own Happily Ever After? She wants to trust God to give her those dreams of love and lace, but that’s going to require some…minor alterations. 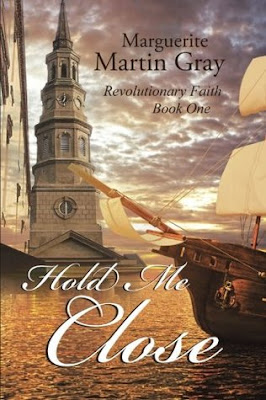 Louis Lestarjette, a Frenchman, arrives in Charles Town, South Carolina, in 1772 without purpose or plans. He encounters a society on the brink of revolution and is forced to make decisions that include finding meaning and direction in his carefree life. Who can he trust in his endeavors to prosper? Will he be able to stay neutral in a battle for independence? When decisive events confront him, will he stay or leave? Running from God and commitment is a constant option.

Elizabeth Elliott, daughter of a prominent British citizen, believes God will hold her close in uncertain and changing times. Faced with making difficult decisions about her loyalties, she finds comfort in close friends, a devout sister, and her music. When the mysterious Frenchman with no commitment to God or Charles Town enters her life, her role in the political battle is challenged. Can she trust her heart in volatile situations?

Set in pre-revolution Charles Town, Hold Me Close takes the reader into the lives of immigrants, ordinary citizens, and prominent historical figures at a time in which decisions are made that will change the world.

The Chronicles of Narnia
by C.S. Lewis

Journeys to the end of the world, fantastic creatures, and epic
battles between good and evil—what more 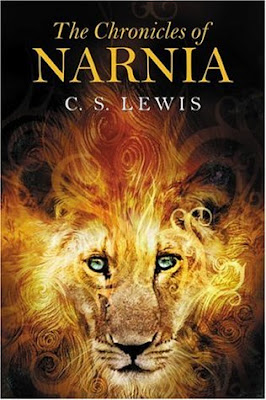 could any reader ask for in one book? The book that has it all is The Lion, the Witch and the Wardrobe, written in 1949 by Clive Stables Lewis. But Lewis did not stop there. Six more books followed, and together they became known as The Chronicles of Narnia.

For the past fifty years, The Chronicles of Narnia have transcended the fantasy genre to become part of the canon of classic literature. Each of the seven books is a masterpiece, drawing the reader into a land where magic meets reality, and the result is a fictional world whose scope has fascinated generations.

This edition presents all seven books—unabridged—in one impressive volume. The books are presented here in chronlogical order, each chapter graced with an illustration by the original artist, Pauline Baynes. Deceptively simple and direct, The Chronicles of Narnia continue to captivate fans with adventures, characters, and truths that speak to readers of all ages, even fifty years after they were first published.

What are some of your favorite books from 2016?  Let me know in the comments below.
Happy reading!

Posted by englishmysteriesblog at 12:21 PM