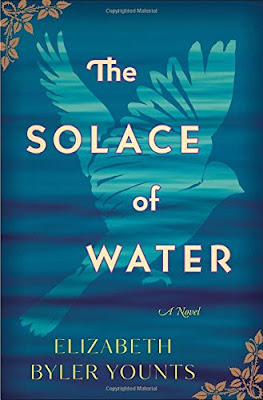 After leaving her son’s grave behind in Montgomery, Alabama, Delilah Evans has little faith that moving to her husband’s hometown in Pennsylvania will bring a fresh start. Enveloped by grief and doubt, the last thing Delilah imagines is becoming friends with her reclusive Amish neighbor, Emma Mullet—yet the secrets that keep Emma isolated from her own community bond her to Delilah in delicate and unexpected ways.


Delilah’s eldest daughter, Sparrow, bears the brunt of her mother’s pain, never allowed for a moment to forget she is responsible for her brother’s death. When tensions at home become unbearable for her, she seeks peace at Emma’s house and becomes the daughter Emma has always wanted. Sparrow, however, is hiding secrets of her own—secrets that could devastate them all.
With the white, black, and Amish communities of Sinking Creek at their most divided, there seems to be little hope for reconciliation. But long-buried hurts have their way of surfacing, and Delilah and Emma find themselves facing their own self-deceptions. Together they must learn how to face the future through the healing power of forgiveness.
Eminently relevant to the beauty and struggle in America today, The Solace of Water offers a glimpse into the turbulent 1950s and reminds us that friendship rises above religion, race, and custom—and has the power to transform a broken heart. 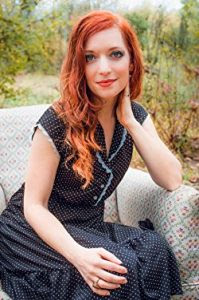 Elizabeth Byler Younts gained a worldwide audience through her first book Seasons: A Real Story of an Amish Girl and is a RITA nominated writer. She is also the author of The Promise of Sunrise series. She has consulted on Amish lifestyle and the Pennsylvania Dutch dialect two award-winning television shows. Elizabeth lives in Central Pennsylvania with her husband, two daughters, and a cockapoo named Fable.

After leaving home for college and then a few years later marrying into the Air Force, I began to really see how divided American culture is—race, religion, politics, socioeconomic, and even football…and so much more. I began to recognize my own judgments and attitudes when I encountered someone who had a vastly different way of viewing things.

For years the pervading themes on social media are political and divisive—they hurt people, friendships, marriage, and skew so much of the view we hold about another person. What I realized, however, was when I was sitting at a table with some friend I might not agree with on Facebook, I still found a human I deeply loved. I found that this person was speaking from their decades of life just as I was—trauma, burdens, soul-shaping experiences. Disagreements didn’t need to be spoken about because there was no time—there was too much good that connected us. These real connections are powerful if we allow them to be.

I didn’t write The Solace of Water as a manifesto or as an activist, but just as a woman who is trying to desperately remind myself that there’s no limit to love. Jesus proved that on the cross and I need to do my best to live it out. The Bible doesn’t tell me to be selective in my sisterly love—it’s actually the exact opposite.

So I didn’t write The Solace of Water because I had Emma, Delilah’s, or Sparrow’s experiences in my past but because I knew I needed to learn more about love myself. This was a hard story to write because the lessons were difficult, intense, and heart-wrenching. But that’s what fiction gives us the opportunity to do, to experience something through the eyes of someone else and maybe even be changed because of it. That’s what happened to me in writing this book.

I appreciated what one reviewer said about The Solace of Water:  “I love when an author uses their gift to take readers to a place they have never experienced. But when they close the last page they feel as though they have exchanged shoes and walked a journey unknown.”

In many ways that encompasses why hard stories are so important. I get to walk in someone else’s shoes as I write it and then offer that journey to readers. It builds understanding and ultimately love for those we encounter.