Murder at the Flamingo - My Review

Mysteries are my favorite genre to read, and this book by Rachel McMillan was the perfect story to fit into that category.  The characters in Murder at the Flamingo reminded me of The Great Gatsby, not only because of the era, but because of the suspense that surrounded each individual and scene.  You never knew what was going to happen next—it was a complete surprise every time I turned the page.

Hamish DeLuce feels like he has been playing it safe for too long.  Under the rooftop of his parents, he desires to make a change in his life.  He wants adventure, and he wants to strike out on his own—without the help of his father.  Yet can he handle what lies ahead?  He believes he will find what he needs in the big city, and so he decides to seek out his cousin, Luca Valeri.  However, he could never have imaged what trials would await him after this family reunion.

Reggie Van Buren has been raised with a silver spoon.  Society awaits her every decision and action, and of course, her parents have planned out her life.  Even her husband has already been picked out for her.  However, Reggie wants nothing to do with this kind of life.  She wants to be independent and learn to do things on her own.  Will she be up to the task though?  After years of people doing things for her, will she be able to do those very same things for herself?  Especially, when she is in the middle of a murder investigation.

If you love intrigue and suspense within the pages of a story, then you will love this book.  This was a definite page-turner for me, because it was so easy to become absorbed in the story, which always makes for a great tale.  Next time you are at the bookstore, I recommend checking out this book.  Happy reading!

This review is my honest opinion. Thanks to TLC Book Tours for my copy. 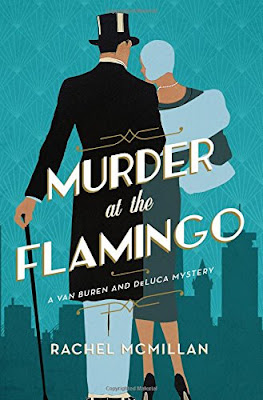 Hamish DeLuca has spent most of his life trying to hide the anxiety that appears at the most inopportune times -- including during his first real court case as a new lawyer. Determined to rise above his father’s expectations, Hamish runs away to Boston where his cousin, Luca Valari, is opening a fashionable nightclub in Scollay Square. When he meets his cousin's “right hand man” Reggie, Hamish wonders if his dreams for a more normal life might be at hand.

Regina “Reggie” Van Buren, heir to a New Haven fortune, has fled fine china, small talk, and the man her parents expect her to marry. Determined to make a life as the self-sufficient city girl she’s seen in her favorite Jean Arthur and Katharine Hepburn pictures, Reggie runs away to Boston, where she finds an easy secretarial job with the suave Luca Valari. But as she and Hamish work together in Luca’s glittering world, they discover a darker side to the smashing Flamingo night club.

When a corpse is discovered at the Flamingo, Reggie and Hamish quickly learn there is a vast chasm between the haves and the have-nots in 1937 Boston—and that there’s an underworld that feeds on them both. As Hamish is forced to choose between his conscience and loyalty to his beloved cousin, the unlikely sleuthing duo work to expose a murder before the darkness destroys everything they’ve worked to build. 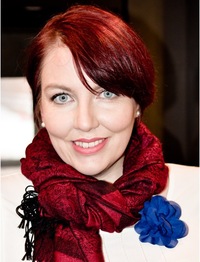 Rachel McMillan is a keen history enthusiast and a lifelong bibliophile. When not writing or reading, she can most often be found drinking tea and watching British miniseries. Rachel lives in bustling Toronto, where she pursues her passion for art, literature, music, and theater.