Dangerous to Know - My Review

As most know by now, I love reading books that are set in England.  Therefore, this book was a delight to read.  I enjoyed the overall theme of the text, but the mystery and intrigue, which accompanied several of the characters, kept me wondering till the very end of the story.  This was truly a book I could not put down.

Isabella Bankmill struggles with the feelings of her heart.  After meeting Lord Bromby at a ball, she does not seem to understand the way she feels in his presence.  Could she be falling for him?  There are so many stores surrounding his character—some of great scandal--which makes her question her own judgment.  However, she cannot lie to herself.  Lord Bromby is quite charming, and she wishes to help him regarding his religious misunderstandings.  David Beringer may be noble, but Lord Bromby appears to be stealing her heart.

David Berigner admires Isabella.  Everything about her matches what he would look for in a future wife.  However, he believes she would not be interested in someone like him—for many, Lord Bromby is much more dashing and seems to be the type of man most ladies prefer.  So why would Isabella ever look his way?  As he continues to become more acquainted with Isabella, David feels friendship might be the only definition to their relationship.

I enjoyed the construction of this book, because it was set up into parts, which created distinct scenes and moments concerning the lives of each character.  This type of break allows the reader to reflect and to better understand the passage of time within this time period, while also considering what each character might be feeling throughout various moments.  If you love stories containing a touch of romance, mystery, and danger, especially tales with an historical twist, then you will enjoy reading Lee’s book.

This review is my honest opinion. Thanks to the author for my copy. 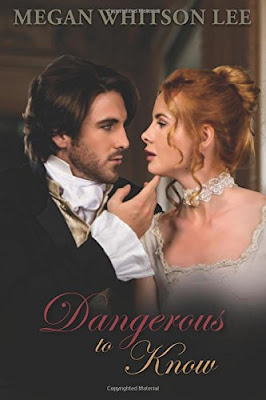 Isabella Bankmill seeks a husband whose character matches her list of requirements. The man must share her faith, but he must also possess a certain je ne sais quoi. The enigmatical Lord Gregory Gordon Bromby—London’s newest literary sensation—certainly possesses the latter. Despite a deformed foot and alarming views on politics and religion, he attracts the ladies in droves.

Haunted by his past and overwhelmed by his newfound celebrity status, Lord Bromby’s obsession with his own doom leads to reckless behavior. When he is stalked by an obsessive aristocrat seeking an elopement, Bromby’s friends urge him to marry a suitable lady as soon as possible. Intrigued by Isabella’s convictions and hoping to avoid further scandal, Bromby proposes to Isabella.

Isabella also receives an offer of marriage from kind-hearted philanthropist, David Beringer—a man equally devoted to his faith—but she only has eyes for Lord Bromby. Blinded by his talent and good looks, Isabella convinces herself that he’s not as dangerous as everyone claims. But when Bromby’s world violently collides with hers, Isabella must decide once and for all who is lord of her life. God or Bromby? 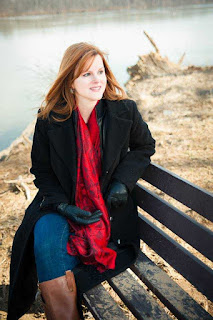 Megan Whitson Lee is an anglophile and a recovering runaway. Over the years, she escaped to England and Australia before finally settling down in the US. These days, she lives a relatively quiet life as a wife, a mom of two greyhounds, an editor for Pelican Book Group, and a high school English teacher. She now escapes by writing novels instead of jumping on planes to foreign countries. Her novel,Captives, won the 2016 Director's Choice Award and was a finalist for a Selah Award in the women's contemporary fiction category at Blue Ridge Mountain Christian Writers Conference.