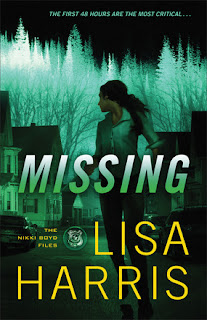 *Nikki Boyd isn't usually called in on homicides; her forte is missing persons. But when a case with two murdered and two missing pops up on a quiet suburban street, she's ready to start the investigation and find missing homeowners Mac and Lucy Hudson. When the first clues lead her to the boat of her friend Tyler Grant--and another dead body--Nikki must untangle what ties Tyler to the Hudsons. The clues pull her into a deadly maze of counterfeit drugs and a killer who will stop at nothing to silence anyone who threatens his business--including Nikki. 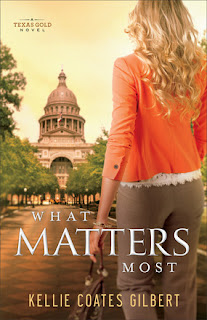 *Finding her dream job went right out the window when Leta Breckenridge had to quit school to help care for her mother suffering from dementia. When a delinquent account may force her mother into a less desirable facility, Leta is thrilled to land a high-paying job at an Austin public relations firm. But her seemingly ideal job turns into a nightmare when she learns the firm is a front for a political opposition organization--and that the research she's been collecting will be used against Nathan Emerson, the handsome senator she's swiftly falling in love with.

Nathan is a rising political star being pressured to run a bid to unseat the current governor of Texas. He's already in a relationship with a woman much better suited to be a politician's wife, but he's never met anyone like Leta. Could this feisty woman hold the key to his heart--and his future?
With emotional depth and keen insight into what drives us, Kellie Coates Gilbert offers a salient story that calls us to consider what we value most in this life. 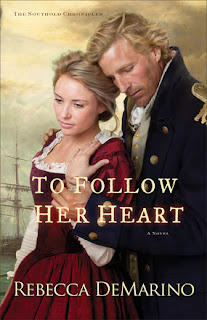 *It is 1664 and Patience Terry is devastated to learn that Captain Jeremy Horton's ship has been shipwrecked off the coast of Barbados. There were no survivors. She had hoped that Jeremy would someday give up the sea and settle down with her in Southold, Long Island.

Unaware his memorial service is being planned, Jeremy sails aboard a British warship with secret orders to attack New Amsterdam and claim it for the British Crown. When he makes his surprise return to Southold--and to an overjoyed Patience--it's not quite the happily-ever-after his beloved had hoped for.
With a finely tuned sense for authentic historical characters and settings, Rebecca DeMarino plunges you into a world of tall ships, daring journeys, and yearning hearts. 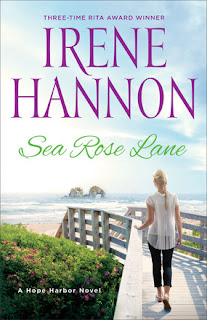 *After a devastating layoff, attorney Eric Nash heads back to Hope Harbor--only to discover that his childhood home is being transformed into a bed and breakfast. Instead of plotting his next career move in peace, he's constantly distracted by noise, chaos--and BJ Stevens, the attractive but prickly blonde architect who's invaded the house with her motley crew. As for BJ, her client's son might be handsome, but after a disastrous romance, dating isn't high on her agenda. Yet when they join forces for to help Hope Harbor seniors, might they also find healing, hope, and a new beginning themselves? 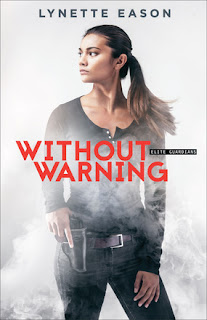 *Katie Singleton, a partner with the Elite Guardians Protection Agency, stumbles upon her next assignment quite by accident. Spotting blue lights at a familiar restaurant, she stops to investigate, only to discover that owner Daniel Matthews has become the target of someone who will go to any lengths to put him out of business.


Daniel might be concerned, but he's not convinced that a bodyguard--and a female one at that--is necessary. A new attack and his niece's urgings are enough to make him reconsider. He and Katie must figure out who's behind the intimidation and threats--before a would-be killer strikes again. 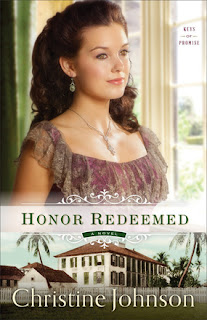 *Two years ago, Prosperity Jones waved farewell to her beloved David as the army sent him to faraway Key West. Now with her parents gone, she has but one prospect for the future: make the dangerous journey from Nantucket to Key West to reunite with David and secure a happier life.

But when Prosperity arrives penniless in the South, she is dismayed to find David has not been eagerly awaiting their reunion. In fact, he is married to someone else. Scrambling to survive and nursing a broken heart, Prosperity gains the friendship--and the affection--of a kind doctor. Could he be the answer to her loneliness? Or will her life be upended by circumstance yet again?
With a deft hand, Christine Johnson fills the senses with the sights, sounds, and smells of Key West in this heartwarming story of honor lost, honor redeemed, and a love forged in adversity.

Posted by englishmysteriesblog at 12:42 PM