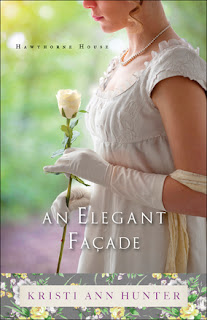 *Lady Georgina Hawthorne has always known she must marry well. After years of tirelessly planning every detail of her debut season, she is poised to be a smashing success and have her choice of eligible gentlemen.

With money and powerful business connections but no title, Colin McCrae is invited everywhere but accepted nowhere. He intends to marry someday, but when he does it will not be to a shallow woman like Lady Georgina, whose only concerns appear to be status and appearance.

But beneath her flawless exterior, Georgina's social aspirations stem from a shameful secret she is desperately trying to keep hidden--and that Colin is too close to discovering. Drawn to each other despite their mutual intent to avoid association, is the realization of their dreams worth the sacrifices they'll be forced to make? 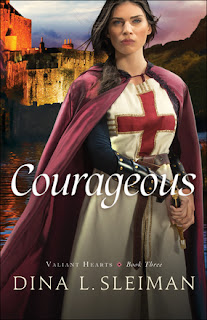 *Inspired by the vision of the young Lady Sapphira, Rosalind of Ipsworth joins a group of men, women, and children as a defender of the cross, seeking to free captives from prisons near Tripoli. She'll gladly give herself to the cause, as she's haunted by a tragic mistake and feels she no longer deserves such joys as marriage and family might bring.

Sir Randel Penigree was reared to serve in the church but has always dreamt of protecting the innocent as a Templar knight. Joining a crusade to escape humiliation at home, he finds himself drawn to Rosalind as they partner to train and protect a group of adolescents. When faced with political intrigue and an unknown enemy bent on their destruction, they are forced to reconsider their priorities and the very nature of the God they serve. 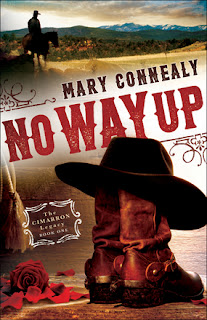 *When Cimarron Ranch patriarch Chance Boden is caught in an avalanche, only the quick actions of hired hand Heath Kincaid save him. Before leaving by train to receive treatment to save his leg--and possibly his life--Chance demands that Heath read the patriarch's will and see its conditions enforced immediately. If Chance's three bickering adult children, Justin, Sadie, and Cole, don't live and work at the ranch for an entire year, ownership of the ranch will pass to a despised distant relative.

Before long, however, Heath discovers that the avalanche may have been intentionally set--and that more danger lurks ominously. Finding his own future--and a desired future with Sadie--locked up in saving the Cimarron Ranch, Heath and the Boden siblings must work together against outside forces that threaten them all. 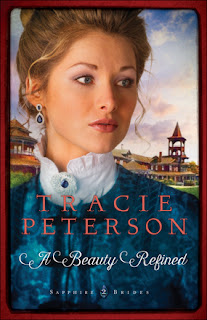 *Phoebe Von Bergen, the daughter of a German count, is excited to visit America for the first time while her father purchases sapphires in Helena, Montana. Little does she know, however, that her father's intentions--both for her and the gemstones--are not what she thinks.

Ian Harper, a lapidary working in Helena, finds the dignified young woman staying at the Broadwater Hotel more than a little intriguing. Yet the more he gets to know her, the more he realizes that her family story is based on a lie--a lie she has no knowledge of. And Ian believes he knows the only path that will lead her to freedom.

Meeting Ian has changed everything for Phoebe, and she begins to consider staying in America, regardless of her father's plans. But she may not be prepared for the unexpected danger that results when her family's deception begins to unravel.

Posted by englishmysteriesblog at 3:48 PM