A Haven On Orchard Lane - My Review 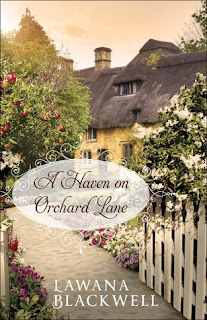 Lawana Blackwell's novel A Haven on Orchard Lane is set in Victorian London and tells the story of the renowned actress, Charlotte Ward, who finds she must suddenly change her own present course in life.  Charlotte's life has taken many turns, some which she deeply regrets, until one day desperate measures must be taken in order to care for her sanity and safety.

Her marriage to Lord Fosberry is composed of only stabs to her heart from the man she thought she once knew.  Lord Fosberry's attitude and character only derail Charlotte; therefore, she must take refuge someplace else.  But where?  And does she have the courage to leave behind all she knows?  Her life in London was glamorous, but can she lead that life anymore?  Sudden surprises place obstacles in Charlotte's life as she embarks upon a journey she never thought would satisfy her soul.

Miss Rosalind Kent enjoys teaching children.  Although, the hours of her young life were spent in many moments of misery.  Her aunt was quite strict and governed her every move--including the friends she made and the boys she associated herself with.  This life was due to the fact that her mother had given her up, which is something Rosalind never quite got over.  In truth, she began to forget about her mother, since she had forgotten her.  She never guessed her mother might one day need her, or that she would come to her rescue.  Why would she ever feel any empathy after all?

Jude Pearce owns the small town bookshop.  His dog Jinny welcomes each customer that comes through the door, and Jude honestly finds he enjoys recommending various books, based on his own literary knowledge, to the locals.  After a young woman comes in one day requesting science-fiction books, Jude realizes in an instant how quickly his life could change.  Will Jude embrace this new wonderful opportunity in front of him?  Or will he let jealousy and mistrust govern his thoughts and actions?

There are so many colorful characters throughout the pages of this book.  So many, that I ended up having to highlight each one, so that I could keep them all straight.  The Victorian era is my favorite literary era, so I was very excited to read this text.  The overall plot was interesting and reminiscent of the time period; however, I did find that because there were so many subplots, it overshadowed the main purpose of the text.  The "soap opera" act of moving from scene to scene rather quickly made certain parts a bit confusing, which at times made for a lack of fluidity to the piece.  There were moments when I also wondered why certain information was included, and in doing so, I forgot where the story needed to ultimately end up--rescuing Charlotte.

As I stated, I love the Victorian era, but I did not always feel that time period, because the language and events did not seem historically set.  Apart from the mention of a lord and lady, this story could have taken place in America or even England at a later date.

Overall, I still enjoyed this novel, because I was happy to read another book from Lawana Blackwell.  I read her Gresham Chronicles series years ago and fell in love with her characters.  I highly recommend that series to anyone who loves reading stories set in England.  This book, A Haven on Orchard Lane, is perfect for anyone who loves long novels and wishes the story would never end.  There is even an Epilogue included at the end of this text to further highlight the futures of these detailed characters.

This review is my honest opinion. Thanks to Bethany House Publishers for my copy.

*Famed actress Charlotte Ward stepped away from the Victorian London stage fiver years ago.  Now in desperate circumstances, she tries to restart her career--only to experience a complete collapse.  Against her better judgement, Charlotte's estranged daugher, Rosalind, comes to her mother's rescue and moves her to a quiet English coastal village where her mother can evade the gossip columnists, at least for a time.

Charlotte is grateful to re-establish even tenuous family ties with Rosalind.  As one with regrets over her own romantic past, she's happy to see love blossom for her daughter.  For Rosalind, however, it's time away from teaching, and now she must care for the mother who wasn't there for her.  And what could possibly be more complicated than romance?

But there can be no permanent escape from the threats of recent months.  As the privacy they seek is threatened, mother an daughter must make some difficult decisions--ones that jeopardize those they care about most. 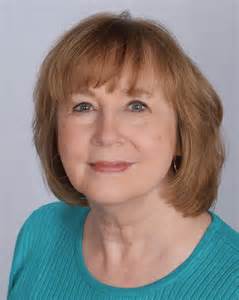 Lawana Blackwell has thirteen published novels to her credit, many of them set in the English countryside of the nineteenth century.  She and her husband live in Frisco, Texas.


Posted by englishmysteriesblog at 6:04 PM