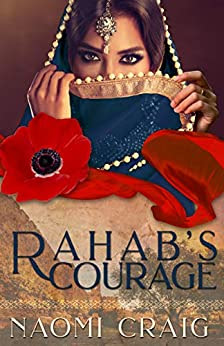 A scarlet cord tethers one ruined woman to the salvation of mankind.

Harboring two fugitives in a city slated for destruction, Rahab has one small chance of escape. In exchange for their safety, she bargains for her own. Their agreement rewards her courage, and she flees Jericho and a life of prostitution for a new life among the people of Israel. Never again will she have to depend on anyone—especially men.

Except Salmah won’t take the hint.

High ranking soldier and leader of the tribe of Judah, Salmah is determined not to repeat his parents’ mistakes. He will keep the Lord’s commandments. Rahab’s growing faith fits right in with phase one of his plans: find a wife who loves the Lord and settle down in the new land.

Rahab finds shelter and meaning in the Lord’s ways until her past comes back to haunt her. As her new faith is put to test, she finds herself alone. Isn’t that what she’d always wanted?

With her courage waning, only the Lord can turn Rahab’s life around again, but will He do it before she loses everyone and everything that really matters to her—to her heart?

Was it an ambush? The slow pace of the city negated that worry. He’d have to carry on with the original plan to trust this woman. He angled his neck to calculate the climb up the stairs.

The woman slanted her eyes up as well. “There is a place about halfway up. You can rest there.”

Salmah exhaled and pulled at his pack.

He scowled. As much as he hated to admit it, she spoke wisely. He tucked his pack behind the water jar.

Her black eyes drifted from his ankle to his sword. She pulled the scarf from her hair and tossed it to him. “For your sword.”

Black curls tumbled down to the middle of her back. Salmah pulled his gaze away, turning his attention to tying his sword to his side.

The woman scanned the inner gate and the overwatch.

Salmah could sense time running out. “I could kill you if you try anything.”

“I guess we will have to trust each other.” She met his gaze frankly.

If he was going to choose to trust her—no, trust Yahweh— he needed to move now. He pushed himself to a standing position. 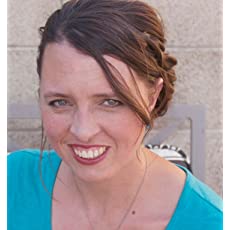 Naomi writes Historical Fiction set in Bible times, and she lives in a small town in the south-eastern mountains of Arizona.  She is an avid reader, Pastor’s wife, and homeschool mom.