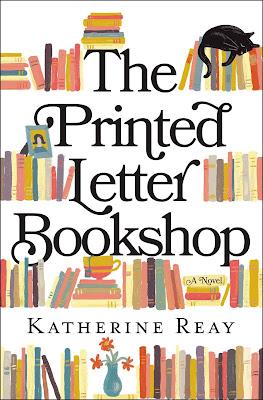 One of Madeline Cullen’s happiest childhood memories is of working with her Aunt Maddie in the quaint and cozy Printed Letter Bookshop. But by the time Madeline inherits the shop nearly twenty years later, family troubles and her own bitter losses have hardened Madeline’s heart toward her once-treasured aunt—and the now struggling bookshop left in her care.

While Madeline intends to sell the shop as quickly as possible, the Printed Letter’s two employees have other ideas. Reeling from a recent divorce, Janet finds sanctuary within the books and within the decadent window displays she creates. Claire, though quieter than the acerbic Janet, feels equally drawn to the daily rhythms of the shop and its loyal clientele, finding a renewed purpose within its walls. When Madeline’s professional life takes an unexpected turn, and when a handsome gardener upends all her preconceived notions, she questions her plans and her heart. She begins to envision a new path for herself and for her aunt’s beloved shop—provided the women’s best combined efforts are not too little, too late.

The Printed Letter Bookshop is a captivating story of good books, a testament to the beauty of new beginnings, and a sweet reminder of the power of friendship. 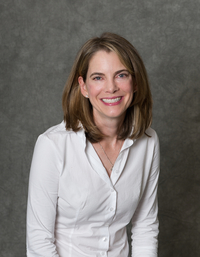 Katherine Reay's first novel, Dear Mr. Knightley, was a 2014 Christy Award Finalist and winner of the 2014 INSPY Award for Best Debut as well as Carol Awards for both Best Debut and Best Contemporary. She is also the writer behind Lizzy & Jane, The Bronte Plot, A Portrait of Emily Price and The Austen Escape - all contemporary stories with a bit of "classics" flair.

Katherine holds a BA and MS from Northwestern University and is a wife, mother, runner, former marketer, avid chocolate consumer and, randomly, a tae kwon do black belt. After living all across the country and a few stops in Europe, Katherine and her family presently live outside of Chicago.