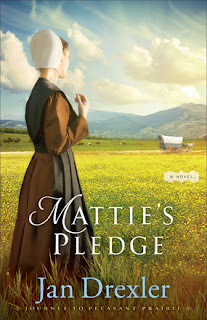 *Mattie Schrock is no stranger to uprooting her life. Even as her father relocated her family from one Amish community to the next, she always managed to find a footing in their new homes. Now as the Schrock family plans to move west from Somerset County to a fledgling Amish settlement in Indiana, she looks forward to connecting with old friends who will be joining them from another Pennsylvania community--friends like Jacob Yoder, who has always held a special place in her heart.

Since Mattie last saw Jacob, they've both grown into different people with different dreams. Jacob yearns to settle down, but Mattie can't help but dream of what may lie over the western horizon. When a handsome Englisher tempts her to leave the Amish behind to search for adventure in the West, will her pledge to Jacob be the anchor that holds her secure?

Tender, poignant, and gentle, Mattie's Pledge offers you a glimpse into Amish life in the 1840s--and into the yearning heart of a character you'll not soon forget. 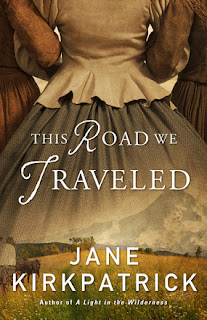 *Tabitha Brown refuses to be left behind in Missouri when her son makes the decision to strike out for Oregon--even if she has to hire her own wagon to join the party. After all, family ties are stronger than fear.

Along with her reluctant daughter and her ever-hopeful granddaughter, the intrepid Tabitha has her misgivings. The trials they face along the way will severely test her faith, courage, and ability to hope. With her family's survival on the line, she must make the ultimate sacrifice, plunging deeper into the wilderness to seek aid. What she couldn't know was how this frightening journey would impact how she understood her own life--and the greater part she had to play in history.

With her signature attention to detail and epic style, New York Times bestselling author Jane Kirkpatrick invites you to travel the deadly and enticing Oregon Trail. Based on actual events, This Road We Traveled inspires the pioneer in all of us. 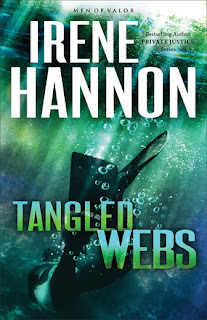 *After a disastrous Middle East mission ends his six-year Army Ranger career, Finn McGregor needs some downtime. A peaceful month in the woods sounds like the perfect way to decompress. But peace isn't on the agenda once he crosses paths with publishing executive Dana Lewis, a neighbor who is nursing wounds of her own. Someone seems bent on disrupting her stay in the lakeside cabin she inherited from her grandfather. As Finn and Dana work together to discover who is behind the disquieting pranks, the incidents begin to take on a menacing tone. And when it becomes apparent Dana's foe may have deadly intent, Finn finds himself back in the thick of the action--ready or not.

Bestselling author and three-time RITA Award winner Irene Hannon draws readers into a web of psychological suspense where danger lurks in dark corners . . . and keeps them captive until the very last page. 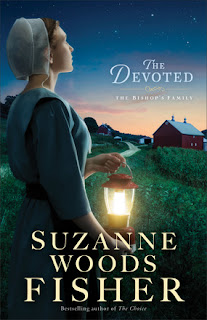 *Restless and adventurous, Ruthie Stoltzfus is right on the cusp of leaving her Amish home. Secretly, she's earned her GED, saved her money--but she can't quite set her journey into motion. Just as everything falls into place, along comes Patrick Kelly.

Patrick is a young man on a journey of his own. He's come to Stoney Ridge to convert to the Amish and has given himself thirty days to learn the language, drive a buggy, and adapt to "everything Plain." Time is of the essence and every moment is to be cherished--especially the hours he spends with Ruthie, his Penn Dutch tutor.

Ruthie's next-door neighbor and cunning ex-boyfriend, Luke Schrock, is drawn to trouble like a moth to a flame. Rebellious, headstrong, defiant, Luke will do anything to win Ruthie back--and Patrick Kelly is in his way.

Bestselling author Suzanne Woods Fisher invites you back to Stoney Ridge for a story of dreams deferred--and the promise of hopes fulfilled. 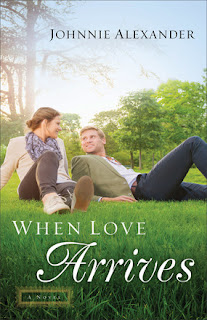 *Dani Prescott can't believe the lie Brett Somers is trying to sell to the media. During an interview about the plane crash that killed his parents, he blamed Dani's mother. But the crash killed her as well. Vowing to restore her mother's reputation, Dani has been following Brett and taking photos, hoping to find something she can use to discredit him. But when she catches his eye instead, she quickly finds herself agreeing to a date. Brett knows this mystery girl is hiding something--but he's got his own secrets to keep. What will happen when he discovers who she really is? 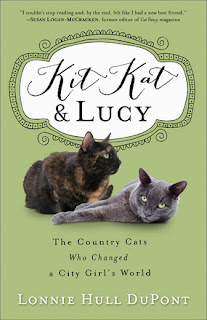 *After years of vibrant city life in San Francisco, Lonnie Hull DuPont reluctantly trades her three-room apartment on Telegraph Hill for a farmhouse in Michigan. She immediately misses the rhythm and the pace of the city, and the isolation of country living has her longing for something more.

Enter Kit Kat, an obsessive-compulsive tortoiseshell, and Lucy, a playful Russian Blue who can nail a bat right out of the air. These stray cats arrive a year apart and each ask to move into the farmhouse--and ultimately DuPont's heart. From the hysterical process of getting two strange cats to like each other to the exciting years of watching those cats thrive--and inspire DuPont in the process--this book is the heartwarming story of how one woman's world would never be the same.


Posted by englishmysteriesblog at 9:53 AM