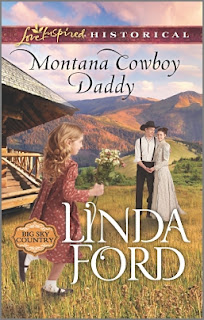 *With a little girl to raise, widowed single father Dawson Marshall could sure use some help—he just didn't expect it to come from city girl Isabelle Redfield. Dawson has encountered city women before. He even married one. What if his little girl grows attached to Isabelle and the woman tires of ranch life just like his late wife did?

For heiress Isabelle, the fledgling Western town of Bella Creek, Montana, offers something more meaningful than her wealth: a chance to forge a useful life. But if she wants the townsfolk to value her for more than her money, she has to keep her identity hidden. A difficult feat, especially when it comes to the cynical cowboy whose sweet daughter she cares for after school. But will hiding the truth ruin her chance of earning Dawson's love? 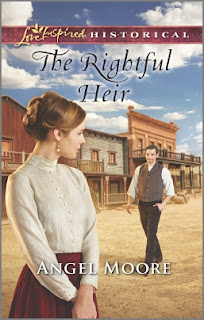 *Arriving in Texas, cowboy Jared Ivy discovers the grandfather he hardly remembers has passed away…and an unknown woman has claimed ownership of his family's newspaper. Jared has the will that proves he's the owner—but the sheriff refuses to enforce it. Instead, Jared must work with Mary Lou Ellison until a judge comes to town and rules in favor of the rightful heir.

Intrepid reporter Mary Lou has already lost her father figure. And she won't lose the Pine Haven Record—the legacy he left her—without a fight. But when she and Jared stop sparring long enough to investigate a story together, they become a force to be reckoned with. Will they let their battle over the Record get in the way of something even more newsworthy: true love? 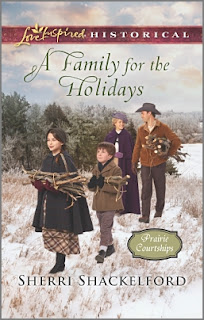 *Paid to accompany two orphaned siblings to their grandfather in Nebraska, Lily Winter is dismayed to discover the old man has gone missing. And when the children's inheritance makes them a target, buying protection is Lily's only option. Until a handsome gun-for-hire suggests another solution: marriage.

Undercover US Marshal Jake Elder can't reveal his true identity without blowing his mission. Nor can he leave the town's pretty new arrival unguarded. But while uncovering a plot against her charges is difficult and risky, falling for Lily is all too easy. Especially once their marriage in name only gives Jake a glimpse of how wonderful Christmas—and their future as a family—could be. 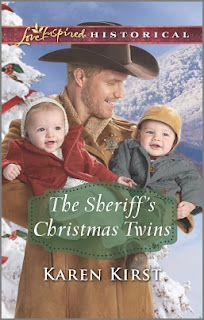 *Convinced that Allison Ashworth deserves better, Sheriff Shane Timmons has always tried to remain aloof around his childhood companion. But with Allison in Gatlinburg for the holidays, insisting on caring for two motherless babies, Shane feels obliged to help her. How can he keep his distance when she and the children are quickly becoming the family he never dared to wish for?

As a girl, Allison was drawn to the wary yet handsome Shane, who never seemed to look her way. But in spending time with him and two sweet babies, she might yet find a chink in the confirmed bachelor's armor. Every shared moment gives Allison hope that this Christmas, her dreams of motherhood—and a life with Shane—may finally be coming true.

Posted by englishmysteriesblog at 4:40 PM