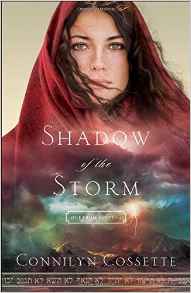 *Having escaped Egypt with the other Hebrews during the Exodus, Shira is now living in freedom at the foot of Mt. Sinai, upon which rests the fiery glowing Cloud containing the shekinah glory of God. When the people disobey Yahweh and build a golden idol, the ensuing chaos gives Shira an unexpected opportunity to learn the arts of midwifery. Although her mother wishes for her to continue in the family weaving trade, Shira's gifts shine brightest when she assists with deliveries. In defiance of her mother, Shira pursues her heart's calling to become an apprentice midwife.

When a delivery goes horribly wrong, Shira finds herself bound to a man who betrayed her, the caretaker of three young children, and the target of a vengeful woman whose husband was killed by Shira's people, the Levites. As contention between the Hebrew tribes and the foreigners fans the flames of another dangerous rebellion, Shira will come face-to-face with the heartbreak of her past that she has kept hidden for so long. How can she let go of all that has defined her to accept the love she's denied herself and embrace who she truly is? 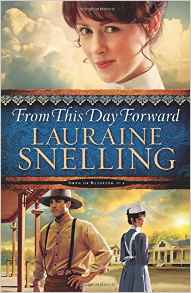 *Deborah MacCallister, head nurse at the Blessing hospital, has loved Toby Valders since her school days, but she's had enough of their on-again, off-again relationship. Toby truly cares for Deborah, but he's never felt like he could commit to marriage or a family.

When Anton Genddarm, the new schoolteacher, comes to town, the young women of Blessing see a chance to force Toby's hand with a little strategic matchmaking. But real sparks fly between Deborah and Anton, and she finds herself in an even more complicated situation. The attention she gets from Anton makes Toby do some serious soul-searching, but is it too late?

Then Deborah receives an invitation to study the latest advances in nursing at a hospital in Chicago, and she faces a hard choice. To leave or stay? Should she give up on the dream of Toby and accept the interest of Anton? 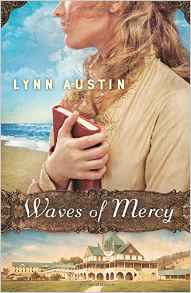 *Geesje de Jonge crossed the ocean at age seventeen with her parents and a small group of immigrants from the Netherlands to settle in the Michigan wilderness. Fifty years later, in 1897, she's asked to write a memoir of her early experiences as the town celebrates its anniversary. Reluctant at first, she soon uncovers memories and emotions hidden all these years, including the story of her one true love.

At the nearby Hotel Ottawa Resort on the shore of Lake Michigan, twenty-three-year-old Anna Nicholson is trying to ease the pain of a broken engagement to a wealthy Chicago banker. But her time of introspection is disturbed after a violent storm aboard a steamship stirs up memories of a childhood nightmare. As more memories and dreams surface, Anna begins to question who she is and whether she wants to return to her wealthy life in Chicago. When she befriends a young seminary student who is working at the hotel for the summer, she finds herself asking him all the questions that have been troubling her.

Neither Geesje nor Anna, who are different in every possible way, can foresee the life-altering surprises awaiting them before the summer ends. 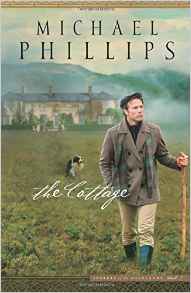 *When Loni Ford is informed that she has inherited property in the Shetland Islands, she laughs. She wants nothing more than to sell it and be done with it. But when she arrives in the North Sea enclave, she is stunned to find that "the Cottage" is not at all what she expected, nor is David Tulloch, the man most of the islanders believe to be the rightful heir.

The locals could hardly be more surprised that the heir is a woman--and an American. Loni, in turn, finds the islanders quaint and a bit behind the times. Expecting David to be as provincial as the rest of his clan, she discovers that there is far more to the man than meets the eye. And there is something about the peaceful atmosphere of the place--and the character of its most prominent citizen--that soon gets under her skin.

Beneath the peaceful surface, however, change is threatening the island of Whale's Reef. David's cousin Hardy Tulloch, whose claim to the inheritance now in Loni's hands was backed by oil investors, has not been deterred in his aim to control the island. But his co-conspirators have plans of their own, plans that put Loni's very life in danger.


Posted by englishmysteriesblog at 12:45 PM