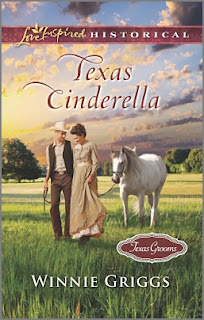 *After a life of drudgery on her family's farm, Cassie Lynn Vickers relishes her freedom working in town as a paid companion for feisty Mrs. Flanagan. When her father suddenly demands she come home, she has no choice. Unless she can find a husband. If only she could convince handsome town newcomer Riley Walker to marry her…

Riley is on the run. He's desperate to keep his niece and nephew safe from his crooked half brother. But a delay in Turnabout, Texas, shows him everything he didn't know he was missing: home, family—and Cassie Lynn. Can he find a way to become her Prince Charming…and build a real family with the children and Cassie Lynn? 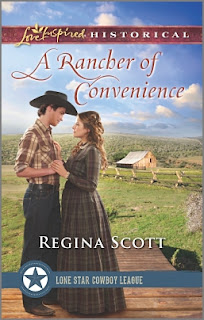 *Sweet mailorder bride Nancy Bennett can't believe it when her husband is exposed as a cattle rustler—and killed. And when the banker holding the ranch's mortgage questions whether she can run the ranch on her own, the pregnant widow has nowhere to turn. Until steady foreman Hank Snowden proposes marriage…

Racked with grief about his role in Lucas Bennett's death, Hank resolves to do right by the man's wife and child. So it's natural for him to step in as Nancy's newly minted husband. But the marriage of convenience may become more than a mere obligation…if only Hank and his bride can brave the first steps toward elusive true love. 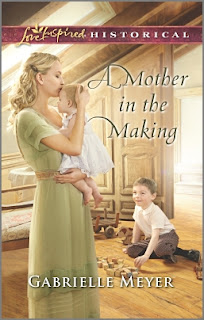 *Practical, steady, levelheaded: all qualities single father Dr. John Orton expects in both a governess and a wife. But his children's temporary governess Miss Marjorie Maren seems set on finding him an impractical woman to love…despite his plans of marrying solely for convenience. Nothing could be more exasperating to the handsome widower—except his increasing interest in Marjorie.

Vivacious and fun-loving: that's the kind of bride the reserved doctor needs. Before Marjorie leaves to pursue her acting dreams, she intends to match him with a suitable wife candidate. Yet growing affection for her four charges and their dashing father has awakened a new hope—that she might be his perfect bride. But can she convince her employer to take a chance on love and claim real happiness before it slips away? 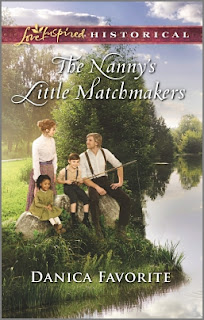 *Polly MacDonald intends to tame Mitch Taylor's five mischievous children, even though every other nanny has fled. She needs this job—and Mitch's brood sorely needs affection. Perhaps their widowed papa does, too. But when the children begin scheming to make her their new mother, Polly must resist. She's seen too many bad marriages to want one of her own.

Mitch has come to Leadville, Colorado, to escape a scandal, not find a wife. After the disaster of his first marriage, he's sure he isn't husband material. Though Polly's tender care is working wonders with his children, Mitch knows he should keep his feelings to himself. But can two wary hearts deny the dearest wish of five eager matchmakers?

*Each synopsis is from the back cover of each novel.
Posted by englishmysteriesblog at 10:21 AM