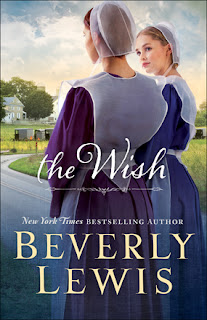 *Leona Speicher got the "sister" she always dreamed of the day Gloria Gingerich and her family moved to Lancaster County. The Arkansas newcomers seem to be the answer to Leona's prayers--until Gloria's father is expelled from their Old Order Amish church for reasons no one will discuss. Much to Leona's dismay, the Gingeriches suddenly pack up and disappear. Then, after a silence of several years, Gloria unexpectedly contacts Leona, who makes up her mind to go after her friend. Yet Leona's fiancé--the deacon's son--is alarmed. Will Leona's dearest wish lead to her own undoing? 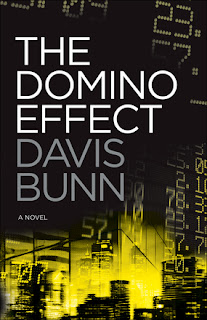 *Esther Larsen, a top risk analyst at one of the country's largest banking institutions, is becoming more and more convinced that she has uncovered a ticking bomb with the potential to make the 2008 market crash look minor by comparison. And as her own employer pursues "investment" strategies with ever-increasing levels of risk, she becomes convinced she must do something. But Esther is only one person; can she stand up to an international conspiracy of greed? And if she does, will anyone take her seriously?

Every moment of indecision edges the markets closer to a tipping point--the teetering first domino in a standing row that circles the globe. And when Esther finds her voice, those she seeks to expose will not sit idly by. With global markets on the brink, and her own life in danger, Esther is locked in a race against the clock to avert a financial tsunami that threatens worldwide devastation. 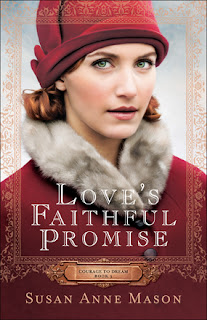 *Widower Dr. Matthew Clayborne is devoted to two things: his work with wounded soldiers and his four-year-old daughter, Phoebe. When Deirdre O'Leary, a feisty New Yorker, arrives in Toronto requesting he use his skills to help her stricken mother, he won't abandon either of these priorities to care for one older woman. However, when his daughter suffers a health scare and needs a respite, Deirdre offers a trade--they can escape to the peace of her family's farm, if he will care for Mrs. O'Leary.

Matthew agrees for his daughter's sake, but is intent on staying as short a time as necessary. The sojourn at Irish Meadows does wonders for Phoebe, and as she begins to flourish, Matthew finds himself drawn to the O'Learys, especially to the captivating Deirdre. But since he has no intention of leaving his life up north forever, and Deirdre has sworn off marriage in favor of her career, how will they deal with the undeniable attraction between them? 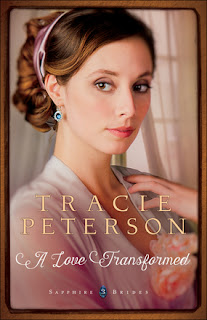 *When her husband, Adolph, dies suddenly, Clara Vesper is stunned. Not grief-stricken, as their marriage had never been a love match, but staggered by what might become of her and her children. For years she designed the sapphire jewelry that made her husband's company a fortune, but she has little money in her own name and soon discovers that she has inherited nothing. Fearing for the welfare of her two small children, she decides to take them to her aunt and uncle's ranch in Montana, the only place she has ever been happy.

But much has changed since she last visited the Montana ranch, both for Clara and for those she was forced to leave behind. And when dangerous secrets from her late husband's past threaten everyone she loves, Clara must fight to remain where she can fulfill her dreams. 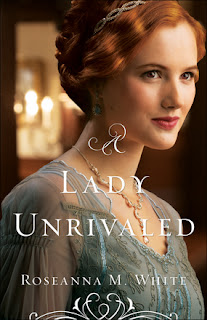 *Lady Ella Myerston can always find a reason to smile--even if it's just in hope that tomorrow will be better than today. All her life everyone has tried to protect her from the realities of the world, but Ella knows very well how the dangerous Fire Eyes diamonds have haunted her brother and their friends, and she won't wait for peril to strike again. She intends to take action . . . and if that happens to involve an adventurous trip to the Cotswolds, then so much the better.

Lord James Cayton has already broken two hearts, including that of his first wife, who died before he could convince himself to love her. Now he's determined to live a better life . . . but that proves complicated when old acquaintances pull Cayton into their desperate attempt to seize the jewels. He does his best to remove the intriguing Lady Ella from danger, but the stubborn girl won't budge. How else can he redeem himself, though, but by saving her--and his daughter--from those intent on destroying them all?


Posted by englishmysteriesblog at 9:41 AM