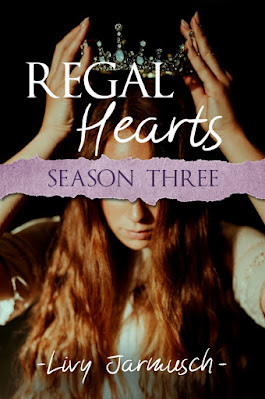 Lena Bodner has never been in such desperate circumstances. With her sister Elizabeth still captive, her nation falling apart, and her beloved childhood friend, Peter, behaving as if she's a stranger, Lena must find strength to press forward and overcome the odds. But how will she regain the trust of her nation, mend broken relationships, and live in such a way that honors the Crown resting upon her head? Will she live up to the expectations of her people? Or will Bella Adar begin to crumble beneath her leadership?
Regal Hearts Season 3 is the continuation of an exciting story written in a unique TV show format. Livy has been releasing these "episodes" on a weekly basis, but now you can read Season 3 (10 Episodes) all at once!
Purchase on Amazon
About Regal Hearts
Regal Hearts - The Unlikely Story of a Princess, a Popstar, an Amish Girl, and an Average Girl 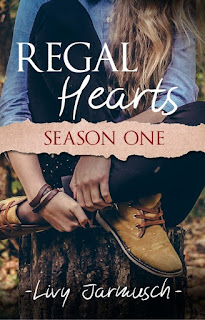 Following the dramatic birth of her royal daughters, the Queen of Bella Adar is murdered by the merciless sword of an evil usurper. The helpless princesses are placed in the care of the URIA, an undercover organization who safely extracts and protects the girls from a tragic fate. Sixteen years later, Lena Bodner encounters a stranger who uncovers secrets from her past... 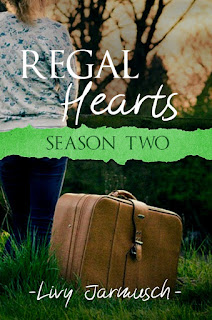 Regal Hearts Season One introduces you to the beginning of an exciting story written in a unique “TV Show” format. Livy has been releasing these episodes on a weekly basis, but now you can read the entire first season (10 Episodes!) all at once! Please note that Episode 10 ends with a Cliff Hanger, and this is just the beginning of the Regal Hearts series! The adventure continues in Season Two!
Target Audience: Christian teen girls, ages 12+. 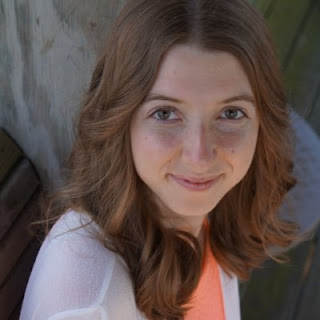 I’m a 25-year-old author, singer, song-writer, blogger, and content creator. But most importantly, I am a Daughter of the One True King. Any other word or descriptive title that myself (or anyone else) might try to attach onto my identity is only written in chalk. My hobbies, giftings, and desires are always changing and growing! They are forever being erased and re-written. I’m not the same girl I was yesterday…and that is absolutely okay.

The only thing constant about who I am, the only thing written in permanent marker is Who I belong to. As a follower of Christ, and a precious Daughter in His Kingdom, that is the only identity that I cling to.

I am a human being. Not a human doing. What I do, and the things I enjoy, or am good at, do not define who I am. Only the love of Christ defines me.

I am hidden in Him, and confident in the truth that I am His Beloved!