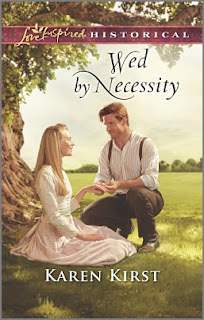 *When a riding accident strands socialite Caroline Turner overnight with the new stable manager, she gets the one thing she never wanted—a husband! Marrying the infuriatingly stubborn Duncan McKenna wouldn't have been her first choice, but with her reputation damaged, it's her only option. Still, there's something about the brash, rugged Scotsman that fascinates Caroline.

If Duncan wanted to wed a society girl, he would have stayed in Boston with his family and his fortune. He expects Caroline to balk at her new modest lifestyle, but instead the strong-willed beauty seems determined to prove him wrong, making her all the more irksome…and irresistible. The marriage of convenience isn't what Caroline and Duncan planned, but could they be a perfect match? 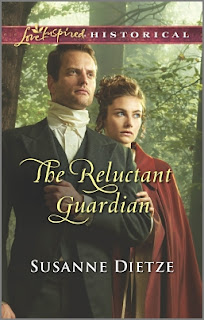 *When Gemma Lyfeld inadvertently interrupts a dangerous smuggling operation in her English village, she's rescued by a mysterious Scottish spy. Now with criminals after her and her hopes for an expected marriage proposal recently dashed, she will make her society debut in London. But not without the man tasked with protecting her…

Covert government agent Tavin Knox must keep Gemma safe from the criminals who think she can identify them—a mission he never wanted. But as he escorts her and her rascally nephews around London, the lovely English lass proves braver than he ever imagined. Suddenly, the spy who works alone has one Season to become the family man he never dreamed he'd be. 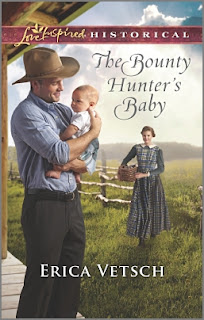 *Bounty hunter Thomas Beaufort has no problem handling outlaws, but when he's left with a criminal's baby to care for, he's in over his head. And the only person he can think of to ask for help is Esther Jensen, the woman whose heart he broke when he left town. But can he convince her to put aside the past until he tracks down the baby's outlaw father?

Esther is ready to run Thomas off her Texas ranch—until she spies the abandoned newborn in his arms. Soon, working together to care for the precious babe stirs old hopes of a family. With trouble heading to their door, they could overcome it together—if she'll entrust her wary heart to this sweet, second-chance family… 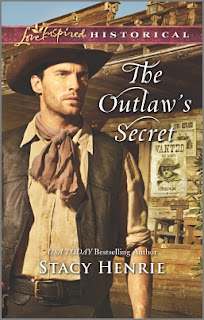 *Getting taken hostage by a gang of train robbers wasn't in dime novelist Essie Vanderfair's plans, but interviewing these men could make her career soar. Especially since the gang includes legendary outlaw Tex Beckett, better known as the Texas Titan. Tex is famed for his protection of women and children, so she'll be fine…right?

Keeping the gang in line was hard enough before a stubborn, beautiful writer interfered. Now Tex is scrambling to keep Essie safe, to gather evidence against the gang and most of all to hide his dangerous secrets. First, that he's a detective working undercover. And second, that he's not the Texas Titan at all, but Tex's twin brother, Tate Beckett.

Posted by englishmysteriesblog at 12:35 AM