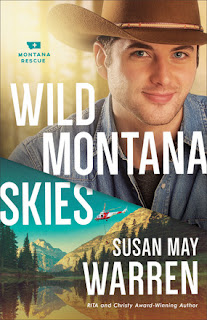 *The last thing Search and Rescue helicopter pilot Kacey Fairing needs upon returning home to Mercy Falls, Montana, is to run into her mistakes. After a devastating crash during her recent military tour in Afghanistan, she is emotionally broken but ready to start putting her life back together. She just wants to reconnect with her teenage daughter and spend the summer working as the new lead pilot of PEAK Rescue in Glacier National Park.

But her mistakes aren't so easily forgotten. Because Ben King is also back in town.

Country music star Ben King abandoned his past when he moved to Nashville thirteen years ago to start his career. He hoped to heal his broken heart, caused by losing the woman he loved. But when his father is injured, Ben is called home to help manage PEAK Rescue during his recovery. He doesn't realize his father has ulterior motives until his old flame, Kacey, walks into his house and back into his heart.

Now, with Mercy Falls in a state of emergency due to flash floods, Kacey and Ben will have to work together to save lives. But when secrets are uncovered and old hurts rise to the surface, will they walk away again? Or can they find a different ending to their country love song? 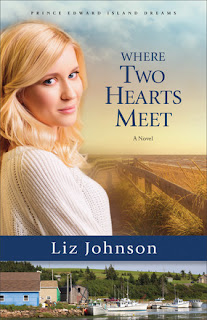 *In her kitchen at Rose's Red Door Inn, executive chef Caden Holt is calm, collected, and competent. But when her boss asks her to show off their beautiful island to impress a visiting travel writer and save the inn, Caden is forced to face a world much bigger than her kitchen--and a man who makes her wish she was beautiful.

Journalist Adam Jacobs is on a forced sabbatical on Prince Edward Island. He's also on assignment to uncover a story. Instead he's falling in love with the island's red shores and Caden's sweets.

When Caden discovers Adam isn't who she thought he was, she realizes that the article he's writing could do more than ruin the inn's chances for survival--it might also break her heart.

Posted by englishmysteriesblog at 10:04 AM