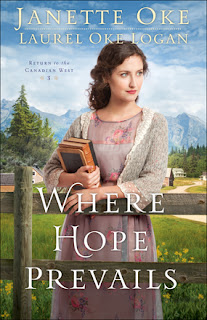 *Elizabeth Thatcher's highly anticipated return to her beloved Coal Valley after a long summer with her family back east is filled with surprises . . . and not all of them good ones, in her estimation. Maybe the worst one of all relates to her treasured students. Can she adapt and learn to cope with this enormous change?

Her Mountie, Jarrick Thornton, hasn't yet proposed, but she already knows what her answer will be. His duties take him away from the valley much too often, in her view, but the two of them, with patience and understanding--and one significant misunderstanding--are learning to know each other better.

The dark cloud looming on the horizon in Beth's mind, though, is filled with questions about where their future might take them. As a member of the RCMP, Jarrick is stationed wherever his superiors send him . . . but what about her teaching position in Coal Valley?

Beth attempts to do her best with each obstacle she faces, but does she rightly assess each situation as it surfaces? Good intentions don't always lead to good results. . . . 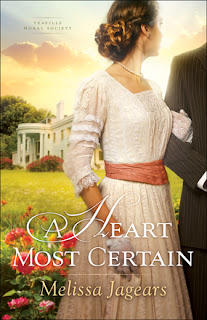 *Lydia King knows what it's like to be in need, so she joins the Teaville Moral Society hoping to help the town's poor. But with her father's debts increasing by the day and her mother growing sicker by the week, she wonders how long it will be until she ends up in the poorhouse herself. Her best chance at a financially secure future is to impress the politician courting her, and it certainly doesn't hurt that his mother is the moral society's president. Lydia's first task as a moral society member--to obtain a donation from Nicholas Lowe, the wealthiest man in town--seems easy . . . until the man flat-out refuses.

Despite appearances, Nicholas wants to help others but prefers to do it his own way, keeping his charity private. When Lydia proves persistent, they agree to a bargain, though Nicholas has a few surprises up his sleeve. Neither foresees the harrowing complications that will arise from working together, and when town secrets are brought to light, this unlikely pair must decide where their beliefs--and hearts--truly align. 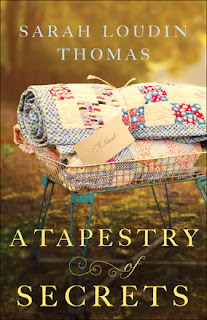 *For decades, Perla Phillips has hidden the truth of a decision that still fills her with guilt. But now, seeing her granddaughter, Ella, struggle in a similar way, she's prepared to finally open the past to her family, no matter the consequences. But when the opportunity is snatched from her in a most unexpected manner, will she have waited too long?

Spanning generations, this moving family drama weaves together the interlocking stories of two women as they navigate relationships, family, faith, and the choices that will shape their lives. Heartwarming and nostalgic, the story explores the courage to share the wounds of the past and celebrates the legacy a family passes from one generation to the next. 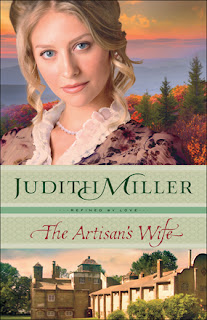 *Ainslee McKay's world is upended when her twin sister secretly elopes and leaves Ainslee alone to move to Weston, West Virginia, to fulfill their obligation at the McKay family's new tile works. While her brother, Ewan, agrees to travel with her and help her learn the ropes, she still intends to sell this business she no longer wants if a buyer can be found.

When the talented Levi Judson arrives to show Ainslee his designs for new tiles, she's impressed at his skill and passion for the business but feels she must keep her true plans for the business a secret from him. And though Levi hopes for a long, successful career at McKay Tile Works, he's hiding his true reason for coming to Weston. Can the growing feelings between them survive if the truth comes to light--or is a future together as untenable as the future of the tile works itself?


Posted by englishmysteriesblog at 1:38 AM