Much Ado About Persuasion - Book Review and Giveaway! 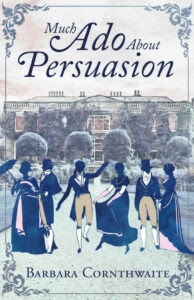 Much Ado About Persuasion
by Barbara Cornthwaite

Some duel with swords, others with ships. In love, however, they duel with hearts.

When Sir Walter Elliot, secret admirer of the Navy, invites officers to visit his estate, what could be more natural than for his two daughters to find themselves in love?

Elizabeth Elliot’s legendary, bitter pride clashes with Admiral Baldwin’s stubborn conceit until any hope of a match seems impossible. They say love conquers all, but does it?

All looks hopeful for Anne Elliot and the dashing Captain Wentworth, but when a cousin steps in and sets evil plans into motion, is their love enough to withstand the storm, or is it best to let the captain sail that ship… alone?

Shakespeare’s Much Ado about Nothing meets Jane Austen’s Persuasion in this story about trust, disappointment, and disguises.

As much as I love Shakespear and Jane Austen, it was so exciting to learn that this book would be a mingling of both authors stories.  That is to say that this author, Barbara Cornthwaite, wrote this book with two of their stories in mind--Much Ado about Nothing and Persuasion.  Even before I knew this, I could recall certain events from these books throughout the pages of Much Ado About Persuasion, which was simply marvelous!
It is interesting to see how Cornthwaite is inspired by these two amazing classic authors as she takes note and inspiration from their work to pen her own words.  This was such a fabulous idea for a modern day story--of course, even though Shakespeare and Austen are from generations ago, we can still learn so much about life and friendship from them today.  If you enjoy classic literature, I recommend picking this book up!  Happy reading friends! 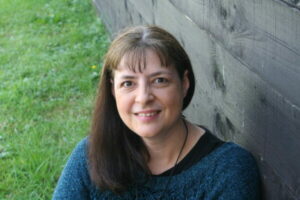 Barbara Cornthwaite lives in the middle of Ireland with her husband and children. She taught college English before “retiring” to do something she loves far more; her days are now filled with homeschooling, trying to keep the house tidy (a losing battle), and trying to stay warm in the damp Irish climate (also a losing battle). She is surrounded by medieval castles, picturesque flocks of sheep, and ancient stone monuments. These things are unappreciated by her six children, who are more impressed by traffic jams, skyscrapers, and hot weather.

I discovered Jane Austen in college when I was required to read Pride and Prejudice. This was in the dark ages before the famous adaptations, and I knew nothing about the storyline. In fact, I expected it to be depressing, probably because the title sounded similar to War and Peace. It was a delightful surprise to be charmed by the novel, and I went on to read all Austen’s other books on my own. Each of them have a special place in my heart. I love Emma so much that I wrote a two-book parallel novel for it (the George Knightley, Esquire series). I also have novellas based on Pride and Prejudice, Mansfield Park and Emma in the A Very Austen anthologies. This book, however, is the first thing I’ve written based on Persuasion.

Shakespeare I met in high school, and furthered my acquaintance with him in college. Much Ado About Nothing is, I think, my favorite of his plays (although there are several close contenders for the top spot). His grasp of character is unmatched, and his language, even after five hundred years, is striking.

Mixing the stories of these two authors has been great fun, and redeeming a couple of characters who didn’t learn anything from their mistakes in the original stories gives my version a spiritual twist. I hope you enjoy it! 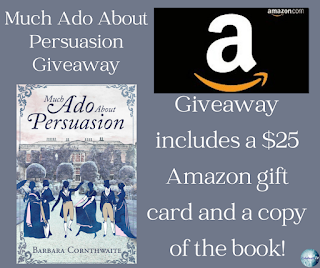 To celebrate her tour, Barbara is giving away the grand prize package of a $25 Amazon gift card and a copy of the book!!

Be sure to comment on the blog stops for nine extra entries into the giveaway! Click the link below to enter.