A Lady in Attendance - Spotlight Book Tour and Giveaway

A Lady in Attendance by Rachel Fordham

Five years in a New York state reformatory have left a blemish on Hazel's real name. So when she takes a job as Doctor Gilbert Watts's lady in attendance in 1898, she does so under an alias. In the presence of her quiet and pious employer, Hazel finds more than an income. She finds a friend and a hope that if she can set her tarnished past in order, she might have a future after all.

As Gilbert becomes accustomed to the pleasant chatter of his new dental assistant, he can't help but sense something secretive about her. Perhaps there is more to this woman than meets the eye. Can the questions that loom between them ever be answered? Or will the deeds of days gone by forever rob the future of its possibilities?

Rachel Fordham pens a tender tale of a soft-spoken man, a hardened woman, and the friends that stand by them as they work toward a common purpose--to expunge the record of someone society deemed beyond saving--and perhaps find love along the way.

"A Lady in Attendance draws you in from the first page and leaves you captivated until the oh-so-romantic conclusion. A poignant and beautifully written story of faith, forgiveness, and the healing power of love."--Mimi Matthews, USA Today bestselling author 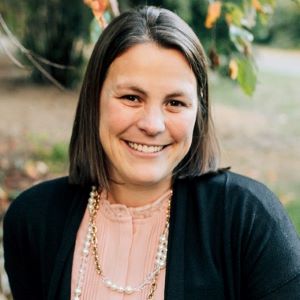 Rachel Fordham has long been fascinated by all things historical or in the words of her children â€œold stuffâ€. Often the historical trivia she discovers is woven into her children's bedtime tales. Despite her love for good stories she didnâ€™t attempt writing a novel until her husband challenged her to do so (and now sheâ€™s so glad he did). Since that time sheâ€™s often been found typing or researching while her youngest child naps or frantically writing plot twists while she waits in the school pick-up line. In addition to her passion for storytelling she enjoys reading, being outdoors and seeing new places. Rachel lives with her husband and children on an island in Washington state.

A Lady in Attendance

Gilbert won the basket fill, came in second for the ten-­minute challenge, and lost the hundred-­ear challenge to a coin toss. His arms ached, his back ached, even his neck ached, but he didn’t care. Spectators, no doubt, believed him lost in his work, but in truth his mind was stuck back in time, still mulling over the red ear, his choice, and the softness of Hazel’s cheek.

Time had moved slower during those moments, each step across the barn floor a deliberate decision that took him closer to her and the intoxicating scent of lavender. He’d seen the ear in his hand and decided in that instant to muster his courage and act. He’d chosen to kiss her cheek instead of her lips, believing it’d be safer, but even their brief encounter had been enough to leave him far from unaffected. Even now, the memory touched him.

The pile of unhusked corn grew smaller until only a few stray ears remained. Most of the men had left the corn and gone to socialize. He kept husking, slower now but still as steadily, afraid to step away and face the crowd. Soon the last ear rested in his hands.

“You are the most dedicated man around.” Hazel smiled at him, the corners of her lips pulled high, dimpling the very cheek he’d kissed. “No one else competed in every challenge, and now here you are taking care of the last ear despite there being no prize for it. You’ve not even visited the refreshment table. I would not have guessed that a dentist would outlast them all.”

“I think there are a lot of things people wouldn’t expect about dentists.”

“I think you are right.” She picked bits of corn husk off his shirt. “It’s a good thing you are here to set us straight.”

“You had to kiss someone. It’s tradition.” She smiled when she said it, but her eyes lost some of their sparkle. “It meant nothing. I know that, and of course it’s better that way.”

He scratched the back of his neck and nodded despite his being acutely aware of how much the kiss had meant to him.

“I’m grateful it was you and not that lad from earlier.”

They shared an awkward laugh, remembering the boy with the dark hair and his unsuspecting companion.

“There will be dancing soon. I won the partner of my choice for the waltz,” Gilbert said quietly, hoping she’d know with her feminine instincts that he wanted her in his arms.

“Will you dance with Ina?” Hazel pressed her lips together and looked toward her friend. “She borrowed my dress and spent so long on her hair. She’s beautiful, yet no one sees it. Some of us never get a chance to be the woman everyone is watching. It would mean so much to her to be picked from the crowd.”

“Have you been that woman before?” Gilbert asked, wanting to know she’d experienced the thrill she spoke of and at the same time hating the idea of her on the arm of another man.

“Everyone watched when you walked across the floor with that red ear of corn.” A far-­off look skirted across her face, and he knew there was more to her story. She rallied and offered him a pleading smile. “Ina has never been that woman. Will you ask her to dance?”

He nodded, unwilling to counter Hazel’s selfless intentions. It did not matter that he wanted to hold Hazel in his arms or that she’d been the reason he’d worked so hard to win.

“I’ll dance with Ina.” He reached out, though, and took her hand, pressing it gently in his own before letting it go. “Thank you for cheering me on.”

The first dance was a reel led by the winner of the fifty-­ear challenge. Gilbert stood near the refreshment table and watched as Hazel danced with a man who appeared to be equal to her in age and seemed to possess a plethora of wit, enough to keep Hazel laughing. He wasn’t jealous, of course he wasn’t, but he did have to instruct himself not to scowl as he watched. He thought of dancing himself, but the remaining women seemed far too young. And he couldn’t work up the nerve to ask, so he sampled the food instead.

Before long, Mr. Stoddard stood on a barrel and whistled for the crowd’s attention. “Gilbert Watts has earned himself the pick of partners for the next dance. Ladies, step forward. Gents, step back.”

Gilbert set down his plate and went to the center of the floor. He ambled past Samantha and her cluster of giggling friends. He looked at his feet as he passed Hazel and stopped in front of Ina.

With a hand outstretched, he bowed slightly. “May I have this dance?”

She dipped a deep curtsy and took his hand. The music started, and for a moment they were the only ones on the floor while everyone else scrambled to find a partner.

“Thank you,” Ina said as they stepped together across the wooden floor. “Hazel is a good woman to give her dance to me.”

“She may have planted the idea, but I’m not sorry.” He led her around the floor with ease. “I think it’s the perfect chance to become better acquainted with you.”

“Why have we not seen you at the socials before?”

“I used to come. It’s just been a long time. When my father was ill, I stayed with him and never came back.” He shrugged. “My friends were married, and I felt old . . .”

“But now something, someone, has given you a desire to return.”

“Life has a way of changing when you least expect it.”

“It won’t for me. I believe I’ll continue living at Mrs. Northly’s and teaching until I die. All the girls I teach will grow up, and I’ll keep doing what I’ve always done. I’m sorry to complain. My lot is not so bad.”

“Those girls are lucky to have someone who cares about them and teaches them,” Gilbert said as they floated across the floor. “Did you always want to teach?”

“I don’t remember dreaming of teaching, but I do find fulfillment in it.”

“I did not dream of dentistry as a boy.”

She nodded. “I still hope that life has a few unexpected surprises ahead. Do you not?”

He laughed quietly. He’d been so comfortable with his life not long ago, but now the world seemed to be upside down. “I suppose I do.”

Enter to win a copy of A Lady in Attendance by Rachel Fordham!
The giveaway is open to the US only and ends on November 5th. You must be 18 or older to enter.

A Lady in Attendance