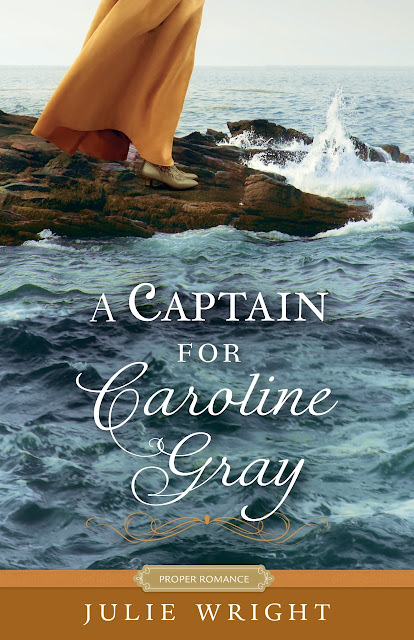 Caroline Gray's third season in London society ends as badly as her first two—no marriage proposal, no suitor, not even a glimmer of an interested prospect. She suspects it's because she is far too quick to speak her mind to men who are put off by her forthright opinions, her eager intellect backed by a formal education, and her unconventional ideas about the future. She is far more daring than demure to suit the taste of her class. Besides, Caroline thinks there will always be next season to find a husband.

However, her family's dwindling income leaves Caroline with only one choice to secure her future: a one-way ticket to sail with the Fishing Fleet to India, where the son of a family friend waits. If the match doesn't work, Caroline cannot return home.

Captain Thomas Scott loves the thrill of the open sea, and as commander of one of the ships of the Fishing Fleet, he ferries scores of young English girls to the shores of India to find husbands. The voyages pay well, but he struggles to understand why families would allow young women to be matched with total strangers so far away.

The trips have always been routine and uneventful—until this trip's first night's dinner with one Miss Caroline Gray. She engages in a lively political conversation, presenting opposing viewpoints to the conventionally opinionated gentlemen at her table. Captain Scott is secretly amused and delighted at her boldness, not to mention quite drawn to her beauty. 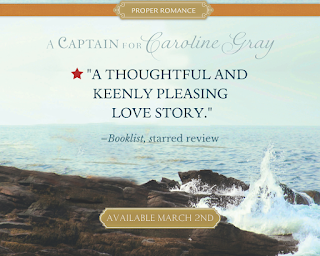 The rest of the passengers are shocked by her behavior and Caroline finds herself an outcast, suffering harsh judgments from the other passengers. However, she finds an unlikely ally in Captain Scott which quickly draws them closer.

Both know an arranged marriage awaits Caroline at the end of their voyage, yet the attraction between them is undeniable. Caroline will have to decide if she will honor her mother's wishes and marry a man in India whom she has never met, thus securing a future for her and her mother, or be brave enough to throw convention to the wind and commit to love a sea captain. He may be enchanted by her bold and unconventional ways, but will his love and admiration last?

"A charming historical romance in which smarts and sass are vindicated."— Foreword Reviews

"An unconventional woman finds herself at home at sea in this stirring Regency from Julie Wright…This adventure is sure to entice fans of historical romance."— Publishers Weekly 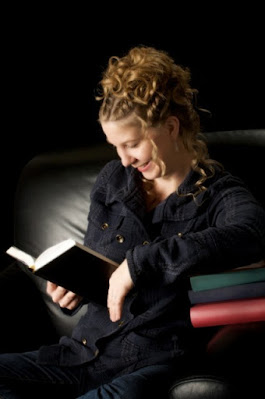 Julie Wright wrote her first book when she was fifteen and has written over twenty novels since then. She is a Whitney Awards winner for best romance with her books Cross My Heart and Lies Jane Austen Told Me, and she is a Crown Heart recipient for the novel The Fortune Café.

She and her husband have three kids, one dog, and a varying amount of fish, frogs, and salamanders (depending on attrition). She loves writing, reading, hiking, playing with her kids, and watching her husband make dinner.

She flashed that brief smile again. “I was commenting on the fine quality of dinner. I was encouraged not to expect much, but this is quite lovely. Thank you for your hospitality.”

“I am glad you like it,” he said. Then, since she’d opened conversation between them, he added, “What takes you to Mumbai?”

Her eyebrows shot up, his question catching her unawares. She smoothed her features quickly. “Business,” she said.

“Business? And what business has a woman leaving her home and crossing so great a distance?”

“Business that is my own,” she replied.

He almost laughed at that, snippy and cool though she may have been. There was nothing simpering or demure in the comment, which made for a nice change. Maybe having her as a dinner companion wouldn’t be so awful after all. For her to be so careful with her own information made her quite a lovely mystery.

Miss James, who sat to Miss Gray’s right, spoke up. “I’m heading to India to find a decent husband.”

Miss Gray looked embarrassed to hear such a bold admission. Ladies were taught to keep their private matters private. Clearly, Miss Gray had benefited from that education.

Miss James was likely the one the couple asked him to watch over. They’d called her a pretty young woman, but he felt that had been an overestimation on their part.

“And what leads you to believe there are decent men to be found in such a place?” Thomas shook his head and tsked his tongue. “I’m afraid you were wrongly informed, Miss James.” He’d had to glance again at her place card. Mercy, but he hated learning new names with every voyage. “I daresay there isn’t a single decent Englishman to be found where we’re going. I’m afraid you’ll have to return home if you want a man of that variety.”

Miss James looked alarmed with her wide-set eyes. “I’m sure the captain is teasing you,” Miss Gray said softly, as if apologizing for him.

“Am I, Miss Gray?” he asked, feeling vexed and not at all apologetic to be called out on his own ship. “And do you think you know my character so well after our brief meeting here to assume I trifle with the emotions of the ladies at my table?” 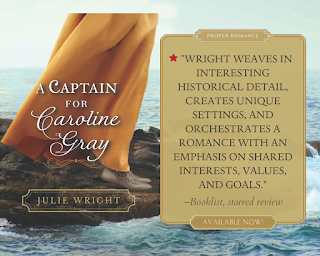 “Not at all, Captain.” Her voice was not loud, but neither was it quiet as would be expected from a lady. She spoke boldly and with enough energy to allow most of the table to hear her. “I’m sure such behavior would be abhorrent to you—a gentleman. It is only that you are speaking in absolutes, and absolutes are best avoided in most occasions. Not all occasions, obviously, or the rule itself would be an absolute. But to say there are no decent Englishmen to be found in all of India seems rather impossible, don’t you think? It would be like saying that all plants are green. While a great many of them are, all are not. Or it would be like saying there is no cloud in the sky just because one could not see a cloud immediately before them. But that does not mean that all the skies of a country are void of clouds just because one person happens to be blind to them. A world of absolutes would be a colorless, dreary place, would it not?”

Thomas felt as though his eyes would pop out of his head as he stared in surprise at Miss Gray. The other gentlemen went stone silent for a moment, and then the conversation became the affair of the whole table. The two men defended the honor of India’s Englishmen, while the women seemed agog at the whole of the conversation. Miss Gray did not demure. She remained an energetic and active participant throughout the whole of it.

So, Miss Gray was not a silly woman lacking in wit or wisdom. Not at all. He took a sip from his glass before finally interjecting. “Do you think yourself a philosopher then, Miss

“To love knowledge is neither above nor below a lady’s station, Captain Scott.” Her cool response came quickly, but pink splotches colored her neck, which meant he had struck a nerve. One of the ladies at the other end of the table laughed at Miss Gray’s remark. He felt sorry and not sorry all at once.

He took another drink from his glass and allowed the conversation to flow around him, only answering when summoned by one of the gentlemen who, thankfully, were far enough down the table to make such summoning difficult and therefore infrequent.

His lieutenant at the foot of the table smirked at him. Thomas frowned in return.

One of the ladies at the end of the table smiled at him a great deal more often than he cared for, and she tried to speak to him any time he turned to speak to Miss Gray. He sighed. It was not unusual for one of the female passengers to decide he was a fish who could be baited to her hook. But he hated it.

Blast, but he hated it.

Miss Gray also fell quiet, her eyes fixed on her plate and her mouth closed. He was sorry about her silence, and even more sorry that he had been the one to silence her.

With the vivacity of Miss Gray’s discussion at an end, everyone else remembered themselves and their places. Such open discourse at the dining table was highly irregular. Perhaps it was the excitement of an adventure that allowed all present to behave in a manner ill-fitting to their stations, but whatever it had been, they all sent curious looks in Miss Gray’s direction, as if to attribute their own free behavior to her impropriety.

As expected, alliances and enemies were already forming. Wide-eyed Miss James was on the outskirts of those alliances and not enough of a threat to anyone to make herself an enemy, but Miss Gray proved she could be a threat. A woman of position, mind, and beauty.

Miss Cole and Miss Luke seemed already thick as thieves with their heads bent close together—Miss Cole being the one who had laughed at Miss Gray and then smiled at him far too often. Miss Jeffries stayed to the side of the alliance forming between those two ladies, purposely keeping herself aloof. And Miss Bronley ate her meal as if the dinner conversation had been a bothersome distraction from the loveliness of such food.

And with that glance, Thomas felt he understood what Miss Gray was doing on his ship—she, like the others, was on a journey to find a husband. She had not found one in London; clearly the beau monde had not approved of such a mind. He ground his teeth. Being that she was husband hunting, he’d best be careful he did not approve of her either.