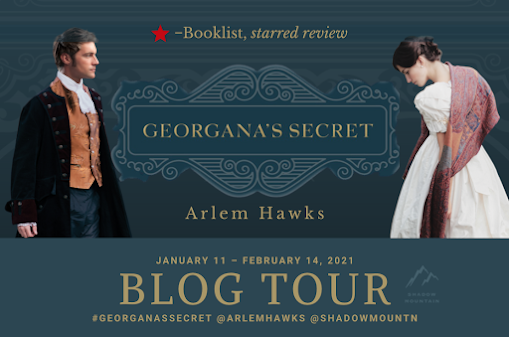 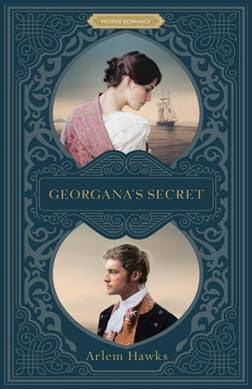 A Regency romance on the high seas. Two hearts yearning to find a safe harbor, and possibly, a lasting love.

As a young girl, Georgana Woodall dreamed of beautiful dresses, fancy balls, and falling in love. However, when her mother dies, she cannot face a future under the guardianship of her abusive grandmother and instead chooses to join her father on his ship disguised as his cabin boy, "George."

Lieutenant Dominic Peyton has no time in his life for love, not with his dedication to His Majesty's Royal Navy claiming his full attention. While trying to adjust to a new crew, he strives to be an exemplary officer and leader. When he sees the captain's cabin boy being harassed by the crew, he immediately puts a stop to it and takes the "boy" under his wing. After discovering a number of clues, Dominic deduces that George is really a woman. Knowing that revealing the cabin boy's secret would put her in serious danger from the rowdy crew, Dominic keeps silent and hides his growing affection for her.

Georgana is quickly losing her heart to Dominic's compassion and care but is convinced nothing can come of her affection. She cannot continue to live her life on the sea, and having already missed too many seasons in London, her chances of being welcomed back into polite society and finding a suitable husband are quickly slipping away.

"Hawks crafts a spellbinding tale featuring rich characters and raw emotions set against the atmospheric backdrop of sea life in all its danger and beauty. Georgana is a tough protagonist holding her own in a world dominated by men, while Peyton's charm and sensitivity marks him as a true gentleman. A hidden identity, flirtation, and treachery make for a rousing tale to captivate lovers of historical romances."— Publishers Weekly

“This tale felt sweepingly cinematic at times and was both action-packed and heart-wrenching with an immersive narrative.”— Katie Jackson, RegencyProofreading.com 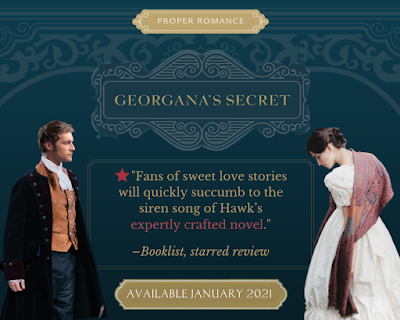 Arlem Hawks wove a magnificent tale of adventure and deception and delivered a happy ever after that was as unconventional as the rest of the story. With so many stories of romance out there, it is refreshing when one comes along that is very different than the stories that I am used to. A little adventure always livens things up fabulously.”— Emily Flynn, Reading with Emily

"Fans of sweet love stories as well as readers who fondly remember those marvelous old traditional Signet Regencies will quickly succumb to the siren song of Hawk’s expertly crafted novel, which delivers the perfect blend of Jane Austen-smart romance and Patrick O’Brian flavored seafaring adventure. Teen romance readers will cheer on the plucky heroine as she finds the courage to forge her own path in life and love."— Booklist, starred review 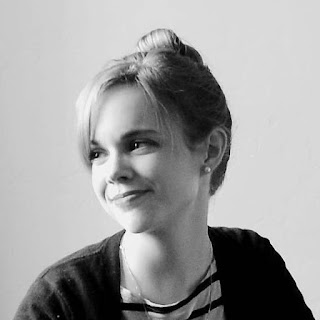 Arlem Hawks began making up stories before she could write. Living all over the Western United States and traveling around the world gave her a love of cultures and people and the stories they have to tell. With her travels came an interest in history, especially the history of her English heritage.

When she isn't writing, Arlem is baking her characters' favorite foods, sewing Regency dresses, learning how to play the tin whistle, and water coloring. She lives in Arizona with her husband and two children. Having previously published four historical romance novellas, Georgana’s Secret is her debut novel.