This was a very interesting book!  I love reading mysteries, and this particular story was set in such an unexpected era.  Fiona Clery and her family have left Ireland behind to move to America, yet there are some relatives who decided to stay--one of which is Fiona's grandmother--who Fiona misses deeply.  As she tries to adjust to her new life in New York, Fiona meets characters who will either make or break her daily experiences.  One person in particular changes her world when she discovers his sordid past.  Will Fiona be able to overcome this revelation?  Can she comfort those around her--specifically in a time when everyone needs answers to all the challenging scenarios that plague her small part of town.
Max Gillespie's past continues to haunt him.  After being a soldier in the Great War, he cannot seem to leave his battle wounds behind--but how can he when so many of his friends did not come back with him?  Presently, he works for his uncle, and he tries to help all the individuals who come across his path.  One such person is a young woman from Ireland.  She is full of spunk and independence, and believes she is destined to set the world on fire.  He admires her, but is also worried about her safety.  When various affairs takes up his time, and Fiona somehow gets in the middle of it all, he wonders how he can be of assistance.  Can he protect her and his cousin from getting into more of a mess than they are already in?  Is he prepared to save them from a deadly situation?
This book is the first in a series that Miranda Atchley is writing.  I cannot wait to read more of Fiona's adventures as she tries to save the world.  If you enjoy mysteries, I recommend picking up this story.  You won't be disappointed--happy reading friends!
This review is my honest opinion. Thanks to the author for my copy. 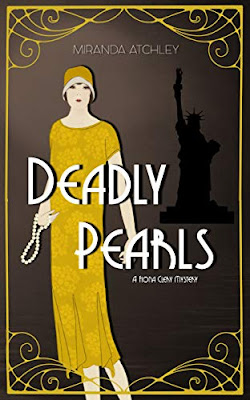 She knew coming to America would be an adventure. But she didn’t know it would involve murder.Intelligent and inquisitive Irish immigrant Fiona Clery has always longed for a life of excitement away from her family’s farm. Yet living in New York City isn’t as glamorous as she’d always dreamed. When her neighbor is murdered, she wonders how wise her decision to come to the United States is. While the police turn a blind eye to Gabriel Morelli’s murder, Fiona knows she must do all that she can to find the killer. Under the tutelage of her favorite fictional sleuths Sherlock Holmes and Hercule Poirot, she just might crack the case–if a certain man will ever stop infringing on her investigation.Max Gillespie is good at putting on an act. A Great War veteran, he struggles with regret from his past, though refuses to let it show. Perfectly content to spend his days working as an accountant and evenings tucked in his apartment away from the excitement of the city, he shuns anything that could lead to unwanted surprises. Yet when his cousin Rose’s beau is murdered, he finds himself pulled into the investigation alongside a smart and pretty amateur sleuth who he can’t help but clash with. Exposed to the underbelly of the city he loves, Max wonders if he was mistaken to involve himself in a murder investigation. Yet when Rose’s invaluable pearl necklace is stolen and its place is left a threatening note, he vows to do all that he can to keep those he loves safe.In Jazz Age New York, Fiona and Max will have to navigate this roaring new decade while learning the truth about those around them–as well as themselves.
Amazon 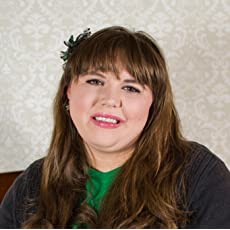 Miranda Atchley is a history enthusiast and complete bookworm whose passion for times gone by and books have compelled her to write several novels, one of which was a finalist for an indie writing award. When not writing at her home in Arkansas's Ouachita Mountains, Miranda loves getting lost in a good book, spending time with her spoiled Chihuahua, watching period dramas, and learning about her favorite period in time, the 1920s.
Website  / Facebook  / Goodreads  / Twitter