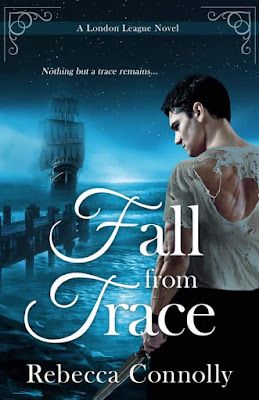 Gone, but not forgotten... Alex Sommerville should have been dead. To the world, he had been dead for almost five years, and with him, the secrets he had carried as Trace, the most elusive member of the London League. When a chance to escape finally comes, Alex finds just enough life left in him to take it, and races off to return to the woman he loves...Back, but at what cost?

The last person Poppy Edgewood ever expected to see suddenly falls into her life again - literally. Alex is a shell of the man he once was, and on the brink of the death she thought him already lost to. What answers will he have for her when he recovers, and can she even bear to hear them?

Rebecca Connolly writes romances, both period and contemporary, because she absolutely loves a good love story. She has been creating stories since childhood, and there are home videos to prove it! She started writing them down in elementary school and has never looked back. She currently lives in the Midwest, spends every spare moment away from her day job absorbed in her writing, and is a hot cocoa addict. 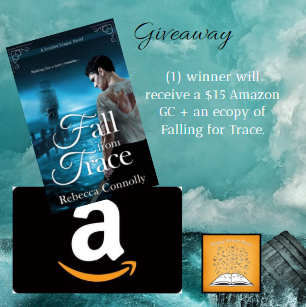 Be sure to check out each stop on the tour for more chances to win. Link to full tour schedule below. Giveaway will begin at midnight February 10, 2020 and last through 11:59 PM EST on February 23, 2020. Winner will be notified within 2 weeks of close of the giveaway and given 48 hours to respond or risk forfeiture of prize. Giveaway open internationally. Void where prohibited by law or logistics.

Posted by englishmysteriesblog at 12:19 PM