In Sight of the Mountain - Spotlight Book Tour

In Sight of the Mountain

In the devastating aftermath of the 1889 Great Seattle Fire, nineteen-year-old Anna Gallagher faces considerable pressure to marry well and soon. She has two serious suitors: a well-meaning but condescending doctor, and an evasive fisherman who challenges her mind. But Anna has no intention of giving up her freedom to keep house; she has a dream to reach the summit of Mount Rainier. Despite her family’s disapproval and her own self-doubt, she secretly trains, raises money for supplies, and buys a train ticket to the base of the mountain. If she succeeds in reaching its icy peak, she could pioneer the way for women mountaineers; but it’s a tall task and there’s much at risk—including the heart of a man who just might love her as an equal. On the journey, Anna will face glaciers, avalanches, and frozen temperatures, all without knowing if she even has a family or a future to return to. In Sight of the Mountain is a charming coming-of-age story, but it also casts the reader’s gaze upon issues of colonialism, class, and women’s far-too-narrow options.

"Focusing on themes of the liberation of women, the American class system and effects of colonialism, this intelligent and heart-warming novel introduces us to Anna Gallagher at the tender age of nineteen... In an epic and gripping work of historical fiction with modern sensibilities, author Jamie McGillen gives you everything you could possibly hope for in this inspiring and dramatic tale... Overall, In Sight of the Mountain is the perfect historical read for fans of pioneering heroes and tales of triumph over discrimination." --K.C. Finn, Reader's Favorite (5 Star Review)

"As a resident of the Pacific Northwest, I found it entertaining to try to picture Seattle as a frontier town and see Mount Rainier without its modern trappings. The story begins with the 1889 Seattle fire (a true event) and I was immediately hooked... In all, In Sight of the Mountain is a really great read--compelling, educational, containing complex characters and a well-crafted plot. Recommended for all readers YA and up who enjoy historical fiction. I'd give it more than 5 stars if I could." --Donna Gielow McFarland, Reader's Favorite (5 Star Review)

Jamie McGillen lives in the shadow of Mount Rainier, and no matter how many times she moves away, it draws her home. Everything about large evergreen trees delights her, except how poky they are, and the sap. Her poems and essays have been published in numerous literary journals, and she teaches English Composition at Highline College. When she's not teaching or cutting strawberries for her starving children, she enjoys writing rhyming poetry, but it's simply not as popular as it used to be. You can find out more about her at www.jamiemcgillen.com. You can also find her on Facebook, Twitter, and Goodreads. 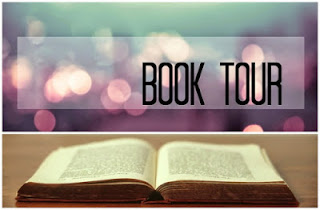 During the Blog Tour, we are giving away a paperback back copy of In Sight of the Mountain! To enter, please use the Gleam form below. Giveaway Rules – Giveaway ends at 11:59 pm EST on December 6th. You must be 18 or older to enter. – Paperback giveaway is open to the US only. – Only one entry per household. – All giveaway entrants agree to be honest and not cheat the systems; any suspicion of fraud will be decided upon by blog/site owner and the sponsor, and entrants may be disqualified at our discretion. – The winner has 48 hours to claim prize or a new winner is chosen.

In Sight of the Mountain 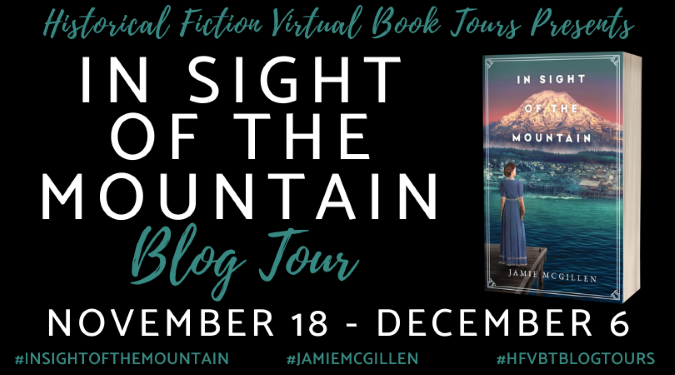