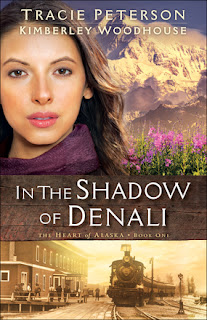 *Cassidy Ivanoff and her father, John, work at the new and prestigious Curry Hotel near the foot of Mount McKinley--Denali as it's still called by the natives. John is the wilderness and exploration guide for the wealthy tourists while Cassidy works in the kitchen as Cook's assistant. The entire staff buzzes with excitement during the busy days preparing for the President's imminent visit. His historic trip to dedicate the new national park on his way to driving in the golden spike to officially complete the Alaska Railroad will be the beginning of a new era for all of them and place The Curry at the heart of Alaska.

Allan Brennan travels to the Curry Hotel to be an apprentice to the seasoned Alaska mountain guide, with hopes of discovering the truth about his father's death on the mountain years earlier. His father's business partner blames the guide for Henry Brennan's untimely death, but Allan cannot be at peace until he knows for sure. He finds an unlikely ally in Cassidy, and as the two begin to look into the mystery, they suddenly find that things are much less clear, and much more dangerous, than either could ever imagine. 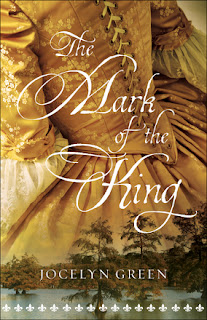 *After the death of her client, midwife Julianne Chevalier is imprisoned and branded, marking her as a criminal beyond redemption. Hoping to reunite with her brother, a soldier, she trades her life sentence for exile to the fledgling French colony of Louisiana. The price of her transport, however, is a forced marriage to a fellow convict.

New Orleans is nothing like Julianne expects. The settlement is steeped in mud and mosquitoes, and there is no news of her brother, Benjamin. When tragedy strikes, she turns to military officer Marc-Paul Girard for help, but does he know more about her brother than he will admit?

With her dreams shattered, Julianne must find her way in this dangerous land, where only grace--and love--can overcome the stigma of the king's mark upon her shoulder. 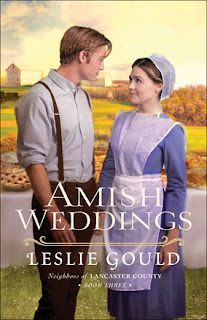 *Gregarious Rose Lehman, who's always the life of the Amish youth singings, is determined to marry the bishop's son, Reuben Byler--until the handsome Army buddy of her future brother-in-law shows up in Lancaster County. In comparison to Trevor, Reuben seems downright boring. Trevor shares Rose's sense of fun and adventure, and her easygoing disposition.

When her sister Lila is injured in a devastating accident, Rose finds herself with more freedom than she's ever experienced in her life. Only Reuben seems to notice, but he never voices his concerns. Part of her relishes the freedom she's found with Trevor, but the other part wishes Reuben would finally express his love and "fight" for her. Have her choices ruined her best chance at love, or is there another path to happiness she just hasn't seen yet?

Posted by englishmysteriesblog at 12:20 PM