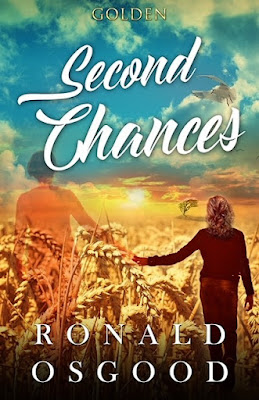 Abigail never knew her mother, so her father is her world. Though she’s missed having a woman’s influence, she wants to grow up and be like her father–a veterinarian.

But then one summer it all changed.

It’s not what happens to you that counts, but how you deal with it. And Fred, as her dad calls her, deals with a lot.

Taking what her father and new faith has taught her, she uses her gifts of compassion and empathy to help a young girl in a desperate situation.  But this time, it could cost her more than compassionate tears over an injured animal. It could cost her…her life!

I learned at a very young age that my daddy, though strong in stature and mind, had a very soft heart. Not just toward animals, but people too. Often, he would say to me that all God’s creatures deserved second chances, especially people. So, when I came home from school a few weeks ago and saw the sheriff’s truck and a group of inmates tearing down our old barn across the road from our house, I wasn’t at all surprised. I learned from Daddy later on that he and the sheriff worked out a deal to rehabilitate some of Winfield’s finest citizens. One in particular was a man named Philip Craig. Philip was mentally less advanced for his age, but not incompetent. He was just slow with words and making good decisions. He and I would talk sometimes after I got off the school bus in the afternoons while doing my chores and I always found him to be quite gentlemen like. Daddy took a real liking to Philip right away. He said he would make a good farm hand because he loved horses, although I could never make that connection myself. Philip seemed to find favor with the jailer too.

Ronald Osgood was born in St. Peterburg, FL. At age five he moved with his family to Tennessee. He joined the Marines and married his high school sweetheart. After serving his country and receiving an honorable discharge, he and his wife returned home to start a family. Then Jesus called him, and he responded. He is a simple man with a simple plan. He serves his Lord, loves his wife and kids, and writes stories concerning issues he’s passionate about. The Bible is a fascinating book of the human spirit. It guides him along his journey in life. It is the basis for this book and has inspired him to achieve what he once thought was unachievable. His hope for his sons, Augustus and Abrahm, is that they will grow to be fathers to their children that he never had.